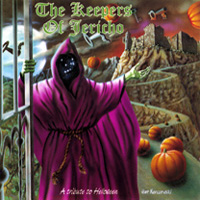 The Keepers of Jericho

Helloween pretty much pioneered melodic speed metal in the late ’80s and were a logical step for hard rock/glam fans who tolerated early Bon Jovi and Def Leppard but were hesitant to take the pussy plunge with Winger and Poison and all that prancing, pretty boy stuff. Hellowen smiled in photos and had poofy hair, but their drum lines raced like a squirrel’s heart. They had all the warbling vocals a Maiden fan could hope for, dueling leads galore, and melodies/harmonies to bridge the gap between, say, White Lion and Anthrax/Metallica/Testament, metal’s uglier, unshaven speed-crazy brethren. More or less…

But that’s ancient history only old metal guys like the band and writers like me give a shit about. Everyone else thinks Hammerfall and their frilly-shirted ilk invented the stuff or they turn their back cuz the whole genre is kinda, well, gay. And I have to admit that, much as I hate to say it, nü metal has more power than most of these “power metal” bands. Technically adept? Sure. Versatile and fleet-fingered and musically-impressive? Yup. Good at layering shit in the studio? Uh-huh. Any balls whatsoever? Nope. Not a ball anywhere. Thin-sounding, whiny, and trading a quick scampering pace for meaty riffs, thundering drums, and bellowing at the heavens. This Spanish label’s tribute to the German band is more elfish prancing, sissy squeals, and limp-noddle wagging than anything resembling “power metal” or “melodic speed metal.”

But this ain’t news to anyone, I’m sure… Oh, don’t mind me, I’m just too old to buy into nü metal OR repackaged tributes to stuff that was new metal in its day, damn near 20 years ago! This might be OK for new fans who like a few bands here and just wanna hear various takes on these classics, but I’d recommend Helloween’s own The Best, The Rest, The Rare over this any day, if not just buying used copies of Walls of Jericho, and Keeper of the Seven Keys parts One and Two that some metalhead finally parted with, the fool! 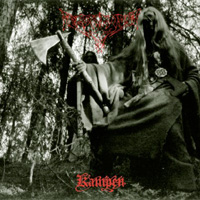 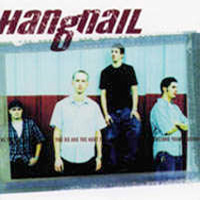