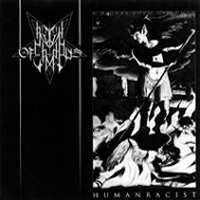 Within seconds, you know yer in for an ass-whooping… The CD opens with a crack of thunder, as all good metal records should, and then a bunch of demons roar and choirs sing and whammy bars cause Slayerized guitar screeches to warble and tremble and cackle. Thing settle down a bit, into a nice blackened blur, the drums kinda thumping madly away to themselves in the background somewhere, the guitars chainsawing like Leatherface (the freak from Texas Chainsaw Massacre, not the British punk band), and reverb-drenched vocals burble and snarl in a mix that froths and rolls like a witch’s brew. Hints of some interesting stuff rise to the top of the foul-smelling broth before disappearing beneath the surface again. Much of this sounds odd, like it was recorded in a Tupperware container.

Story has it (well, the bio has it) that two rounds of band members have quit or been shitcanned, and that the studio fumbled the record so badly, the band finally took it back and mixed it themselves. That kinda goes with the total chaos going on here, the mayhem seemingly random (things often make sense only to their creator, and when the creator’s a bit of a loon…), pieces stuck together with the duct-tape showing, if you know what I mean. Like a nightmare, really. Some parts drag on and on long after you get the freakin’ point already, and other parts keep jabbing you in soft-spots when you least expect it. Honestly, if these guys ever actually “get it together,” it might just lose some of its charm…
(blackendrecords.com) 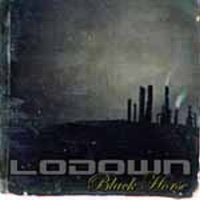 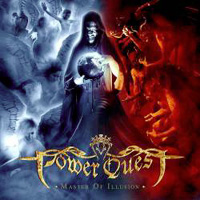