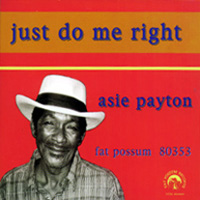 Just Do Me Right (Fat Possum)
by Jon Sarre

Who knows how Asie Payton woulda felt about this second Fat Possum release? We can’t ask him, cuz he died of a heart attack before he recorded his first one, Worried (the eventual release consisted of demos that he’d cut before he was to record what was to be his debut). By all accounts, Payton was pretty reluctant to go into the studio and record anything at all, so mebbe he’d cringe at the notion of this newly-released collection of songs – some of which are home recordings that date back to 1980, some are live cuts from long-forgotten sessions at Junior Kimbrough’s juke joint – being out there for the dissection of just about anyone who cares to listen. Payton liked to perform for friends and colleagues, they say. Mebbe he’da hated this record. Nobody knows but Asie Payton, and he ain’t sayin’. One can hope he’d like it, methinks we’re better off for havin’ a lasting piece of a fast dying fuckin’ art form.

The stuff varies a bit on Just Do Me Right. Some of it’s the straight-forward blues that Payton played all of his life at home, bars and bait shops around Washington County, Mississippi. Some of it’s goosed-up with studio beats and effects to make it more accessible to current ears. We get down to the kernel tho’ on stuff where it’s just Payton and his guitar, like when he’s doin’ his take on “Love in Vain” (“Livin’ In So Much Pain”) or on another traditional number, “Why’d You Do It,” or the fuggin’ brilliance of the nudged-up soul of “Back to the Bridge” and “Nobody But You.” “Asie’s Story” (a take on St. Louis Jimmy’s “Goin’ Down Slow”) and “Watch Yourself” is blues joint bluster with that hard luck subject matter that’s almost a cliché at this stage in the game, but don’t think that Asie Payton ever saw it that way.
(PO Box 1923 Oxford, MS 38655) 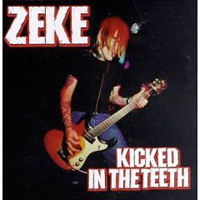 Zeke – Kicked in the Teeth – Review 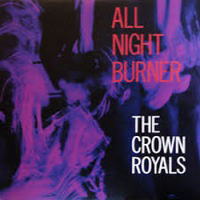 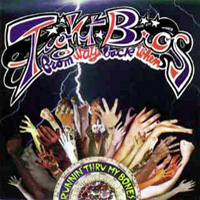