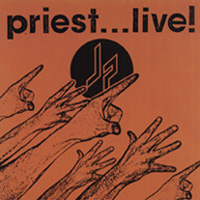 And so begins the fall from grace, a story as old as the hills. What goes up must come down. For every action, there is an equal and opposite reaction. It’s a story we all know as well as any, yet we are repeatedly drawn to it.

These four albums comprise the final third of Judas Priest‘s recorded output for Columbia, and if this were Shakespeare, this would be Acts 4 and 5, the parts that are called “falling action” (that’s what my teachers called it, anyway). Turbo is the most reviled item in the original lineup’s catalogue, the one title whose mere mention garners a snicker. And though their Columbia period had its ups and downs (mostly ups), this is unquestionably the low point. For those who don’t know, this is the period when the band began to use guitar synthesizers, perhaps in an attempt to flirt with then-new technology – the liner notes try to pass it off as mere experimentation, but I’m not so sure. The songs sound like uninteresting attempts at mid-’80s AOR fodder, as if the band is actually doing the opposite of experimenting, i.e. shooting for big-time pop success. Though there are some good moments (there’s a place in my heart for “Turbo Lover”), most of this is just shockingly bland, especially when you consider that this is just four years after the titanic metal shriek of Screaming for Vengeance.

The follow-up, Priest… Live!, the band’s second live album in seven years, is an obvious stopgap measure while the band re-thought their future musical direction (and handled the infamous suicide lawsuit). Expanded here to two discs, the setlist is heavy on the band’s ’80s output, including about half of Turbo. As live albums go, it’s OK, but because of its reliance on the weak Turbo material, it pales in comparison to Unleashed in the East.

The follow up, Ram It Down, is the band’s “A few more albums like Turbo and we’ll be playing the state fair, so we’d better make another metal album pronto!” album. And just to be sure no one in the audience misses this, the album’s second track is actually called “Heavy Metal.” Launching with a trademark Halford scream, the album immediately launches into the speed metal of the title track. And even though tracks like “Love Zone” show that the Turbo influence has not dissipated completely, this in unquestionably the band trying compete with bands like Metallica and Slayer.

1990’s Painkiller is where the band hit the bulls-eye. Thanks to the introduction of hotshot metal drummer Scott Travis, Priest created a white-hot slab of metal, their best since Screaming for Vengeance. With Travis’s double kick-drum sound energizing the rest of the band, Downing and Tipton whip out some of their most finger-boggling guitar work and Halford does some of his best screaming. And there’s a song called “Hell Patrol.” While it’s kinda sad to see one of the giants of the genre reduced to imitating their imitators, Painkiller is one of the band’s finer efforts (it’s certainly the best of these four). And while I don’t find myself going back and listening to it nearly as much as I do, say, Stained Class, it’s certainly worth owning.

I know I haven’t mentioned the extra features added to these expanded editions yet, and there’s a reason for that. I’m a big fan of adding cool stuff to my favorite albums, but the label and the band really dropped the ball with these albums. The remastered sound is nice (especially on the band’s earlier material), but the liner notes add nothing to the experience of the album and the extra tracks are more a distraction than anything else. With as long a career as Judas Priest has had, you’d think they’d be able to come up with better bonus material than they have for these CDs. I don’t know what the band’s tape vaults are like, but there’s gotta be cooler stuff than this. Still, I would’ve foregone the bonus cuts and settled for some really informative liner notes written by Martin Popoff or someone else who knows their metal.
(www.legacyrecordings.com) 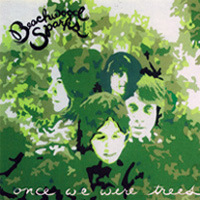 Beachwood Sparks – Once We Were Trees – Review 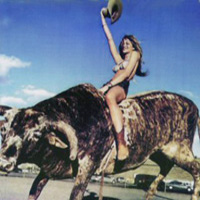 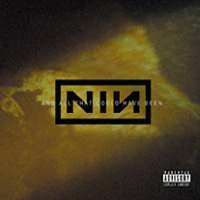 Nine Inch Nails – And All That Could Have Been: Live – Review