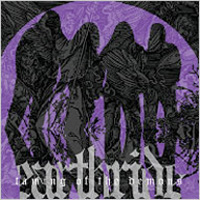 Taming of the Demons (Southern Lord)
by Brian Varney

Earthride are an altogether more bludgeoning, less diverse beast than might be expected from a band fronted by a Spirit Caravan alumnus (frontman Dave Sherman was SC’s bassist). The seven songs (plus a worthless noise “bonus” track) that comprise Taming of the Demons rumble forth like a river of molten lava, seven deafening, doom-laden attempts at capturing the otherworldly heaviness and despair of the song “Black Sabbath.”

As such, there isn’t much in the way of songwriting to be had here. I’m one of those sissy boys who likes a nice “tune” now and again, and that’s something these guys (and, in general, most doom bands) are not really interested in. This is all about the punishing ambience of unbearable dread, of vertigo, claustrophobia, and relentless paranoia (along with a lot of other nasty things) spinning out of control, which bring to mind this music’s other obvious touchstone, Alice Cooper’s “The Ballad of Dwight Fry.”

Those being two of my favorite songs, I’m kinda surprised I don’t like this more. It sounds great while it’s playing, but five to ten minutes after it’s done, I can’t remember anything except that Dave Sherman really sounds like Lemmy. A lot of this, I suppose, is due to the aforementioned songwriting weakness, so I don’t know if it’s my problem or theirs. This isn’t something I’ll be pulling out very often. They’re great live, though.
(PO Box 291967 Los Angeles, CA 90029) 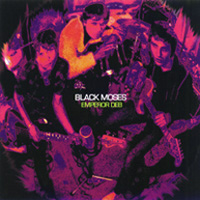 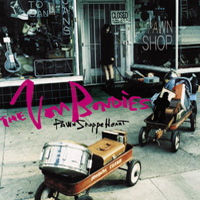 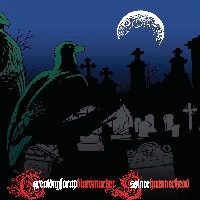