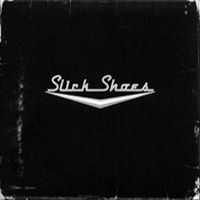 Much like MxPx only faster, tighter, and generally not as annoying as MxPx gets rather quickly. Slick Shoes play NOFX-style punk, and mostly stopped praising God in their lyrics, which is a good thing for those of us who like politics kept in government buildings (which we’ll never go into), religion kept in churches (ditto, except friends’ weddings, and that’s just a necessary annoyance to please the parents before the reception they’re paying for), and music on CDs. Slick Shoes’d probably also appeal to emopunk fans, cuz a few songs into their self-titled fourth record (go figure), they kinda mellow out a bit and let it expand, like The Ataris do. Breakdowns, I think they call them. Long, drawn-out repetitive things that get tiresome if the riff is dull, but Slick Shoes are pretty smart and keep it lively. Lots of head-bobbing fun and lyrics about being lonely sometimes and all that touchy-feely shit. Mostly it’s Friday nights and summer days and all that happy woo-ha. God likes smiling faces and probably gets sick of all the mopes (and whining people always asking him for shit they should just go out and work for), so go have fun, huh?
(PO Box 12698 Seattle, WA 98111) 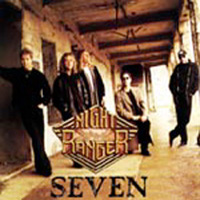 The Wives – Ask Me How – Review