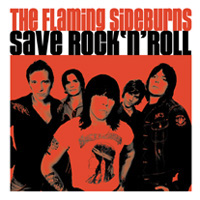 The modern incarnation of our heroes, The Flaming Sideburns, dates from 1995 when Eduardo signed on. He’s from Argentina and throws a nice, reserved, lascivious heat into the mix. Spanish blood, indeed.

The Flaming Sideburns combine ’60s garage punk and Nuggets-era psychedelia/acid rock (who were siblings already with enough attack and impurism to relieve any of the revivalist tendencies that sank a buncha promising units during the post-rock awakening to all things rock and roll via a scream, a thump, and three chords). Finland’s their home, and as far as I know, Smack and Hanoi Rocks are the only names to pierce U.S. shores with a rock and roll as rock and roll attack, as opposed to punk and metal whatevers. Considering the population of Finland’s less than NY, they also look to their neighbors in Sweden (where, apparently, they give out Stooges records upon graduation from middle school), for peerage and support. So if their name looks familiar to those of you who’ve been hitting the Hellacopters/Turpentines/The Hives/Soundtrack of Our Lives bump in the road, here’s another to catch air off of… 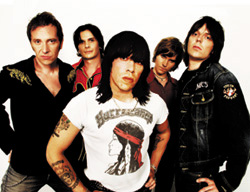 You guys are gonna get the “nu garage” tag pinned on your ass sooner or later. That gonna piss you off?
No, not really. I mean, we really love garage rock. That stuff is what we’re based in, but not the only thing we like. The roots of the Sideburns music are The Sonics/Stones/MC5 side of things. We like The Hives, but some of the other “nu garage” I don’t know much about.

I notice more classic rock and roll/R&B in your tunes than the more “punk rock” focused garage bands.
Yes, we love soul music and it was a big part of rock and roll and bands we listened to. The Stones, the Rationals, MC5: If you see any old TV footage of them you can tell they were huge James Brown fans. When I was in Argentina (he was born and spent his formative years in Argentina), I listened to a lot of music; there’s always been rock and roll bands there. Some are making it to Europe; like Fabulosos Cadillacs, Argies and Ataque 77.

Do you guys get lumped in with the Swedes, or do you have Finnish bands you play with?
Yes, there are some really good (Finnish) ones: The Mutants, The Ultra Bimboos, Hypnomen, Los Hurricanes (whose shirt he’s sporting on the cover of the latest Sideburns disc, …Save Rock ‘n’ Roll). It’s hard to tour and play many different places and be seen in Finland, but you’ll hear about these bands, they play all over Europe. I mean, so do we; we tour go through Germany, into Spain… We love Spain, we go there as much as possible. It’s a very rock and roll place, at least for us. 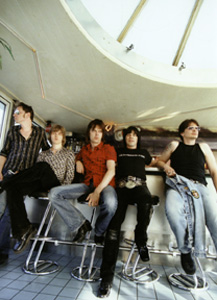 It’s interesting that the music you play draws on so much from the era when you were born. The first time I played Save Rock ‘n’ Roll, it reminded me a ton of the Flamin’ Groovies, the same personal twist on British Beat and garage influences.
Yes, when we started, we played a bunch of covers while we were writing songs. Many of the same songs they covered. They’re classics in a way, you know? It helps you learn. But I’ve listened to a lot of stuff, things you may not really hear in our music – U2, Thee Hypnotics, and Pink Floyd – but if you like it, it influences you in some way. It’s easier to see the Iggy Pop, Roky Erickson, and Dead Moon influences. Dead Moon* were the first band we played with in a big hall. We are such big fans, and they treated us great. We play rock and roll, you know? We’re carrying the flag for this sort of thing, because it’s good and many younger people realize what’s good about it.

(There is a big commotion, it sounds like several people howling and then a dog fight.)

One last question: What bands around would you like to play with?
The Rolling Stones, The Soundtrack of Our Lives – who we’ve played with before – as well as The Hellacopters. One of the first songs I ever played was a Union Carbide** song…

*Long-suffering Pacific NW band who’ve been sluggin’ it out for a decade and a half, BUT if you include their leader Fred Coles other garage incarnations, since 1965 or so. Yeah, 1965. Much bigger in Europe.

** Great Swedish band from the mid/late-’80s. Twisted Detroit rock filtered through oddball influences to give it a barbed hook. Their last record, Swing, was mediocre, but the other three are great, definitive hard rock via ’70s punk. Two of Soundtrack of Our Lives members were in Union Carbide. 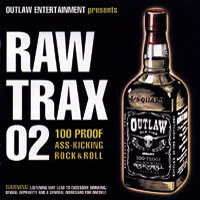 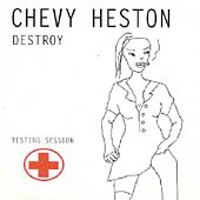 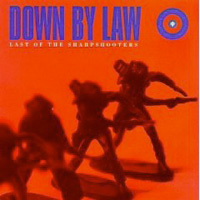 Down by Law – Last of the Sharpshooters – Interview