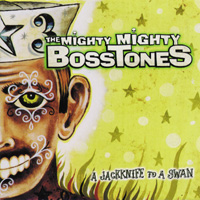 The Mighty Mighty Bosstones are one of Boston’s few remaining rock institutions. Over the past couple of years they’ve weathered lineup and label changes, but have finally come through with A Jackknife to a Swan, their first post-major label album on Side One Dummy records. A Jackknife… reaches back to their “breakthrough hit” Let’s Face It, with big rock guitars, melodic horns, and the odd ska number, but tilts the balance from pop hooks to more thoughtful songwriting. You won’t hear a sequel to “The Impression That I Get” playing at Fenway Park this time around. Dicky Barrett talks about songwriting and Boston history…

You guys are from the East Coast, but you tour all over. Do you find there’s a big difference between East Coast, West Coast, and Midwest shows?
I find that people who like the Bosstones seem to be much the same all over. If you talk about parts of the country or parts of the world, maybe even as short a time ago as ten years, there might have been a difference but, you know, a tattooed kid with a green Mohawk is a tattooed kid with a green Mohawk… I think people are kind of searching for the same thing, they want the same things all over…

About the new record: Did you guys do anything different, or was it sort of a progression from the others?
We decided, as we do with all the albums, what we wanted to do and the direction we wanted to take it in, and on this one, we decided we wanted to have the energy and the raw power of the earlier records, combined with the quality songs of our later records. And I think we achieved that. In one sense, we wanna always be the Bosstones, but in another sense, we never really wanna repeat ourselves.

What do you think about when you’re sitting down to write a song or plan out a record?
I write all the lyrics, so it’s kind of a process… I’ve started writing lyrics for the next record; I’m always kind of writing poetry or putting down lyrical ideas for songs. That’s never-ending and I did that long before I had any vehicles for those lyrics.

So, do you have a plan when you’re writing the lyrics, or do you just use whatever’s around you?
It depends. I don’t wanna limit myself to a blueprint or any exact formula for how its done, so, I mean, sometimes I’ll hear a phrase and say, “You know, that would be a really cool idea for a song,” and sometimes I’ll have an entire theme that I wanna write around. The minute I say “you do A, B, and C” for writing a Bosstones song is probably the minute we start doing cookie-cutter songs, and that wouldn’t be us.

I noticed – even as far back as “The Rascal King,” and then stuff on the new record like “Mr. Moran” or “Jackknife to a Swan” – you seem to have a really big thing for Boston history. Any comments?
Yeah… “Mr. Moran,” that’s not a great example because he was more of a New York-based mobster, although the Boston-based mobsters are probably the most comical… Yeah, I definitely have a love for my town, that was instilled in me when I was a kid by my parents. I am the quintessential Boston guy.

It’s kind of an unusual thing, though. A lot of people will talk about their “hometown pride,” but to actually take someone like Mayor Curley and write a whole song [“The Rascal King,” from Let’s Face It] about him…
Yeah, but if you go to any community college writing course, rule number one is to write about what you know, and what you have a passion for. And Boston is definitely one of them for me, you know? I’m the guy who named his band after the city, so I feel it’s a little bit of an obligation. By the same stroke, Boston is the type of city that’s kind of, y’know, that pride is there. One of the only rock’n’roll towns that when you name the band, you automatically know that they’re from Boston. There’s no question mark over where Aerosmith is from, or Dropkick Murphys, if you wanna talk about punk rock. It’s not as common a phenomenon in other places.

Another recurring theme you have: On the latest record, there seems to be a lot of… maybe not defensiveness, but on songs like “Everybody’s Better,” “Sugar Free,” or “You Can’t Win,” it seems like you’re writing almost as if you’re responding to some kind of attacks or criticism. Was that conscious, or am I misreading that completely?
No, I think you might be onto something there… A lot of the overall attitude of the record may even have something to do with events that took place in September of last year. A slightly darker, grimmer look to the world is something that not just me but most people have carried since then. We were writing that album in the wake of what took place, so – and I’m not saying that the record is Bruce Springsteen’s The Rising, where he wrote songs about the event, but its hard not to have something of that magnitude enter into your art. So maybe there’s a black or dark gray cloud over the songs. Now, the defensive thing has always been a thread that’s woven through most of my work. To say something on such a huge podium, on such a grand stage where a lot of people are gonna hear it is kind of daunting to begin with, but for me it’s… I don’t claim to know the answers and I don’t think that I even know all the questions, but I know they exist. That doesn’t answer your question…

Any explanation behind the album cover art, which seems to be kind of a tattoo thing? It’s kind of different from your past covers.
I really like that guy Christian Clayton who did the cover, and the guy who did the back cover is a friend of mine, Durb Morrison, from Columbus, Ohio, who gave me a tattoo last night. The record in its original concept was the story of one man; he might be exactly like me or it might be who I’m afraid to be, or it might be a million miles away from who I am. It’s definitely the tale of one man, and I wanted him to be represented in the artwork on the cover.

What about the choice of the Sailor Jerry, old-fashioned tattoo art style?
I have a real love for it. It’s difficult for me to talk about because, in my head and in my heart, there’s a million reasons, but I don’t wanna come off sounding overly arty or like my album covers are as important as Sgt. Pepper’s Lonely Hearts Club Band. They have a ton of meanings to me and I’m sure that the cover art has a lot of meanings to the fans and kids who bought the record, but I don’t wanna sit around and talk about it.

Fair enough. I remember when you did “They Came to Boston,” and now “I Want My City Back” reminds me a lot of that song. You guys are very vocally coming out against a lot of the stuff that goes on here, the…
Gentrification.

…gentrification of the city.
You know what? It’s an old concept, and it’s as old as anything. You make a really good point, and a good example is “They Came to Boston.” We’re talking about a ten year gap between those two songs, and if my father wrote the song, it’d be about a place called Scollay Square…

I was actually down there last night. I looked up and saw the sign and thought, “This is Government Center, practically.”
Yeah, Government Center is this big, huge, brick-built plaza. But at one time, it was the complete center of the Hub. There’s change, and as you get older, you end up being the guy saying “In my day” and “In the good old days, this used to be better.” But I’m sure there are kids with places, and things; places they go to and things they enjoy about the city, and ten years from now, they’ll say “I liked it better when it was…” It’s a fact of life. 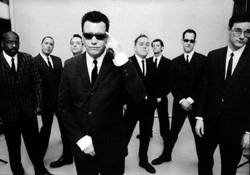 On the other hand, I know you guys are really popular with B.U. kids, exactly the same kids you might have been directing “They Came to Boston” at. Do they understand, do they get it at all?
Kids go “I’m thinking about going to Boston for college, is that okay?” And I say, “Yeah, man. Go get an education.”

Was that Impact Unit?
Impact Unit was my first band, but after that, we did three songs that were released on Skankin’ Up the Nation number one. You did your homework, man! You know the Bosstones!

I was a Midwestern ska-core kid for years and years.
Nice to meet you, man. Let’s go for one more question…

My last good one: Looking back, beginning to end, what’s changed and what’s stayed the same? For kids who haven’t heard the new stuff, or haven’t heard the old stuff, what’s the common thread and what have you guys been playing around with?
I think that our hearts and our heads are still in the same place. Most bands, as times change, they change, and if you wanna say we’re set in our ways and that our music is dated, that’s fine. Call it whatever you want, but I think we set out to do something years ago and we stuck to it. We’re skinning the same cat we attempted to skin when we first started our career of cat-skinning. 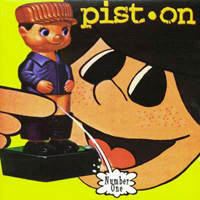 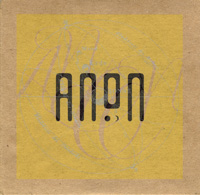 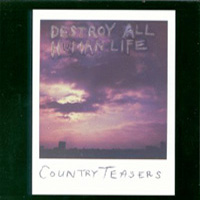