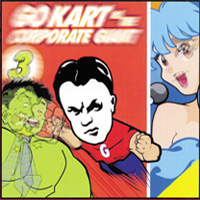 Go-Kart vs. The Corporate Giant 3

Throwing in this Go-Kart sampler at 6:30 AM on a Friday, cracking the first beer and lighting a smoke is an excellent way to kick off a weekend bender. I know, because I did just that about an hour ago. I’ve got a big pork shoulder I’m throwing in the smoker after I finish writing this, and I’m gonna move this CD to the back yard to listen to it again.

As for the content, you’ve got a good chunk of really good poppy-style punk, although personally I would label most of it as good old fashioned rock’n’roll (Manda and the Marbles, Justin Insane, Guff, Pseudo Heroes, Heads vs. Breakers, Capture the Flag, Bantam, The Hellbenders, and the Lunachicks). The remaining bands provide some fantastic beer-swilling-inducing hardcore, ranging from ’77-style (Capture the Flag, The Control, G.B.H., Two Man Advantage, Bantam, The Hellbender, 46 Short) to squatter-political (Revolution Summer, INDK, Star Spangled Bastards, Anti-Flag, Plan a Project) to fast-ass rock’n’roll (Daycare Swindlers, Brothers of Conquest) to general sociopathic hardcore (Toxic Narcotic, Varukers, Sick On The Bus).

When it comes to reviews of comps, I generally like to devote at least 50% of my space to deriding the bands I loathe more than extolling the virtues of the bands I like. Unfortunately, the assholes at Go-Kart have stolen this source of entertainment from me with this release. Even though my general disdain of political bands is well-documented, I cannot lie and say that the Anti-Flag song “What’s the Difference” and the Star Spangled Bastard’s song “Die” are lame. They’re both great. The poppy stuff, which I am a fan of if done well (which it often isn’t), is so good on this release that I think I’m in love with Manda of Manda and the Marbles, even though I have absolutely no idea who she, or her band, is whatsoever (actually I just went to their website, and I AM in love officially). Go-Kart has achieved their goal with me – I will be buying their record now. It’s also good to hear from the Lunachicks again. They dropped off my radar since the infamous incident when I was with the Meatmen and the Queers in NYC playing a show with them and things didn’t go so well. They definitely still have it. I just hope they’re no longer pretending to be drunk on stage, and actually ARE drunk.

The most difficult decision is to whom to reward Duke’s Honorary Championship Belt to the band with the best track. Frankly, I can foresee a three-way exploding-ring barbed-wire death match between Manda and the Marbles’ song “Seduction,” Varukers’ track “Gun Crazed Kids” and Toxic Narcotic’s “We’re not Happy Until You’re Not Happy.” After a two-beer-deep-thought-time-out, I reward the belt to Toxic Narcotic. Congrats, Toxic Bill!
(www.gokartrecords.com) 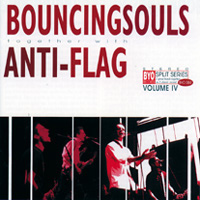 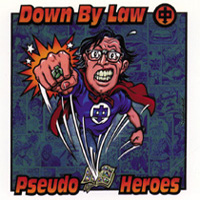 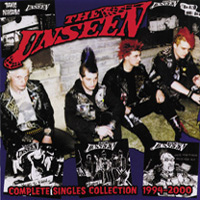