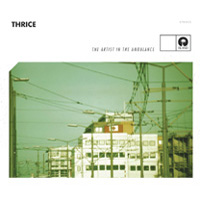 What were some of the bands you listened to while growing up that made you wanna pick up the guitar?
One of the first bands I ever really got into was Metallica: Ride the Lightening, Master of Puppets, and then Kill ‘Em All, even though I was barely born when that record came out. 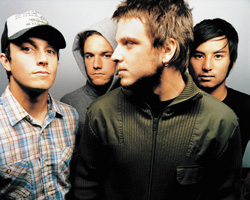 And this is pretty much the first band most of you have been in?
Riley was in a few local bands, but nothing very big or serious – nothing that left Orange County.

You really developed your own sound right from the start, and in an area like Orange County with so many cookie-cutter pop punk bands, that must’ve been hard.
Totally. But we all listen to so many different kinds of music, it’s what we had to do. As much as it might’ve hurt us or been hard, it also worked for us. When we were coming up, we’d play a local club called Chain Reaction, and they’d put us on every kind of bill imaginable. We played with skate punk, emo, hardcore, metal, and pop punk bands… Every show they had would have a label, so it’d be “skate punk night” or whatever, and we played every type of show. It was cool to play in front of all these different crowds.

Bringing so many elements into the music, I’d be really curious to hear what you’d do with covers, but you haven’t really done many…
We’ve done a couple, back when we started. We covered Christina Aguilera just for fun, and we did The Beatles’ “Eleanor Rigby” for a comp that benefited a children’s hospital.

Who put that out?
Glue Factory, a really small local thing…

Are you into covers, or not really?
I like when bands cover something different than what they normally play, and I like when they do something interesting with it. Otherwise, it’s pretty lame. I really liked covering “Eleanor Rigby” because it was trying to play the string arrangement… We tried to cover a Björk song, but we never really had the time to get it right… We still had to write all the songs for our own record, so we had to put the idea aside. 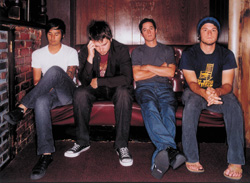 You’re all obviously musicians – you know what 5/4 time is and when to use it and when not to – but you also understand that without a strong melody, you have no song.
We’re all very into progression and pushing ourselves, but without melody, you have nothing. And it doesn’t have to be sappy or obvious to be catchy.

Or repetitious. While I really like Yellowcard, for example, they have the unfortunate tendency to write some lame lyric as the chorus, and then repeat it until you want to track them down and throw them off a roof for getting such a vapid, useless lyric stuck in your head.
(laughs) Our last record was the anti-verse-chorus-verse record. Pretty much nothing repeats. And there’s a new part every ten seconds or so. For this record, we realized that if something’s good, it might be worth bringing back a second time. There are parts in any of your favorite songs where you really look forward to them coming back again, so we tried to let the songs write themselves a little more this time, not just cramming all the cool stuff we could in there.

That’s the maturity of thinking of a song as a listening experience, not just what you like to play as the band.
Sure helps a lot in live situations, too. 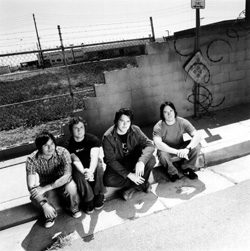 Do you feel a connection with Avenged Sevenfold, seeing as they’re from your area and some aspects of your style are similar?
We know those guys real well now. We did the Warped Tour together, and we were labelmates… But honestly, we relate more with East Coast bands than the West Coast bands. When we were recording in DC, we were there for two months, and Brian McTernan, our producer, knows everyone from that scene.

What East Coast bands stand out for you?
Man, there are so many… Engine Down, Denali, Strike Anywhere, a lot of the bands from Richmond, Virginia and DC. I think that scene is doing things a lot more adventurous and musical and experimental than most of the West Coast bands.

How about Britpop? I sense an appreciation of Britpop melodies in your clean vocals…
Definitely. Coldplay is one of my favorite bands, Radiohead is collectively a band favorite, and I just saw Doves at Leeds a couple days ago and liked them a lot. There are a lot of cool bands on the festivals we’re playing in the next month or so that I’m really looking forward to hearing.

You have a big tour coming up, right?
The Reconstruction Tour, yeah. Like a mini Warped Tour in Europe. We’re playing with Alkaline Trio, Rancid, Mad Caddies, Boysetsfire, Lagwagon, Death By Stereo…

Are proceeds from that going to charity?
Not this tour, I don’t think… One of our first U.S. tours was the Plea for Peace/Take Action tour hooked up by SubCity/Hopeless and Asian Man Records. That benefited the Suicide Hopeline, I believe. And each of our records benefits a different charity. 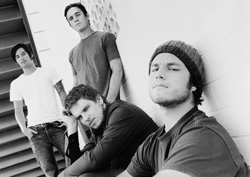 Your first show was a charity gig, wasn’t it?
It was, actually. A friend of ours was putting on a show and asked us to play, and it all started there. The Artist in the Ambulance benefits the SSE, the Syrentha J. Savio Endowment, which pays for people who can’t afford breast cancer treatment. It’s a real problem in the U.S., because we don’t have subsidized healthcare.

How do you chose your causes?
For our first two records, we really wanted to do things to help kids. There’s a place called A Place Called Home in South Central L.A. with a recording studio where kids can make demos for free, take free music lessons, and just jam with each other. It gets kids involved in music instead of out on the streets. That’s what drew us there, but there are also programs so you can get your G.E.D. and stuff.

I really like the layout of your CD booklet, the lyrics and personal notes for each song on individual cards…
We wanted to do something for the first pressing of the record, because the kids who have been with us the whole time will probably be the first to pick it up, so they’ll get something special. I always liked how old jazz records had notes for each of the songs… Those cards were only in the first 100,000 CDs, so I think all the ones in stores now are just the regular jewel-case version.

You’d mentioned Metallica as an early influence, how about some more contemporary bands and influences?
Metallica was mostly when I started out. I also took classical guitar lessons for a few years when I was in junior high. That had a really big impact on me. I may’ve forgotten most of it, but it sneaks in and helps out.

Like in Crossroad (NOT the Britney travesty, thanks) where “bluesman” Ralph Macchio whips out a classical riff to beat Steve Vai…
There it is. I’ve started to admire a lot of the more reserved players rather than the flashy ones; people who write really good songs and interesting parts, not just the people who can riff and wail away. I respect bands who mess around with time signatures and try different things to break it up. We played some show with Poison the Well, and I think they’re a really great band. Not just chug-chug hardcore, they’re really doing some cool stuff. And we played with Cult of Luna, from Sweden, a really heavy, sludgy, Isis kind of band. And Glassjaw, from Long Island. I think they’re one of the most innovative bands of the genre.

Why did you decide to sign with Island?
We had a lot of labels to chose from, and Island made us feel comfortable. They let us do whatever we wanted. We made the record we wanted, they gave us the packaging we wanted, they let us plug Hopeless, and we got to support a charitable cause, which is weird for a major label.

I read the story that the guy who signed you got a text message at your showcase that said “Sign this band or don’t come home.”
(laughs) I heard something like that…
(www.thrice.net) 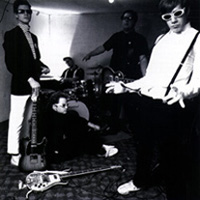 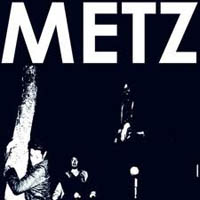 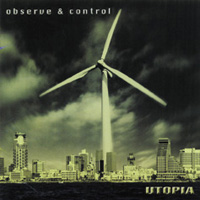