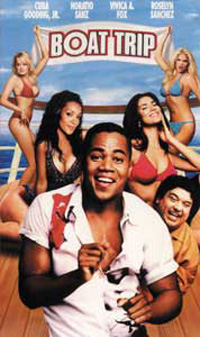 Dammit, this is the kind of thing that gives brainless entertainment a bad name. Because, well, Boat Trip may well be the single worst movie I’ve ever had to sit through. This is not hyperbole. I’m serious. THE worst, and I saw Black Knight. Twice. No, it wasn’t voluntary (long story).

Anyway, Cuba “Career Death” Gooding Jr. is a dorky guy who, after screwing up with his girlfriend, decides to take a cruise. Turns out the cruise is a gay cruise. How did this happen?

Ultimately, the problem with this giant embarrassment is the feeling that the relatively distinguished cast (Gooding Jr., Vivica Fox, and… oh god… Roger Moore) is utterly appalled at the trite, tacky, and outrageously unfunny crap the script forces them to do. Even the titillation of a boatload of bikini clad swimsuit models barely registers. It took me a few minutes to realize that they were supposed to be sexy. I mean, they were and all, but my synapses were so numbed at that point that even the blatantly obvious took a while to process.

Need more proof that this is an enormous embarrassment for all concerned? The studio, Artisan, doesn’t even have a page for this on their website. But hey, if you ever had the urge to see an Oscar winning actor blow his load on the face of an unsuspecting passer-by, this is your chance.
(www.artisanent.com) 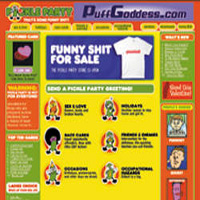