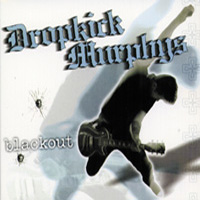 After chatting with a few fans at the local watering hole about this record, I seem to find myself in the minority. I see this record as even better than the great Sing Loud, Sing Proud release from a couple of years back, while most others still are loyal to the older record. I think the songwriting is better, the production is better, and even the traditional Irish songs are better on Blackout. I think it’s just a case of people not having had long enough to fully digest how great this record is yet.

Dropkick Murphys have certainly stuck true to their Irish influence, much to the glee of every DKM fan I spoke with. The traditional songs, “Black Velvet Band” and “The Fields of Anthenry,” make sure of that. They also do a new version of “The Dirty Glass,” the great duet between ex-lovers that is both comical and moving. 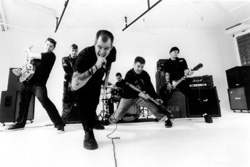 The remaining songs cover a spectrum from acoustic (“World Full of Hate”) to the rousing, drunken sing-along “Kiss Me I’m Shitfaced,” which is my own personal favorite. One song on this record that seems to have had some influence for DKM locally is “Time to Go,” a song in honor of the Boston Bruins and their fans. I hear that the Bruins are having DKM play live after a game. Knowing what big fans they are of the team, I think it’s cool that they’re getting the chance to play on the Fleet Center ice.

Blackout isn’t a radical departure from what has made Dropkick Murphys such a great band. It’s a very positive sign that the band is evolving into a more solid unit in all facets of their work, while never losing sight of what made them popular in the early days.
(2798 Sunset Blvd Los Angeles, CA 90026) 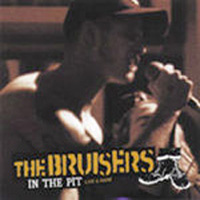 The Bruisers – In the Pit: Live and Rare – Review 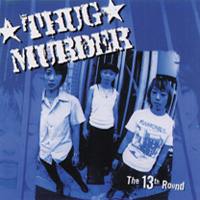 Thug Murder – The 13th Round – Review 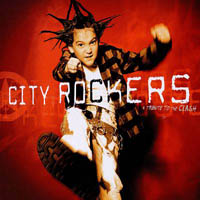