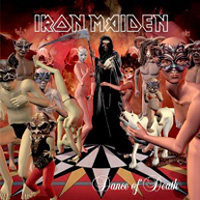 While not exactly a controversial album, Dance of Death has certainly created lots of debate with its choppy CGI cover (done on purpose to throw the fans off, insists the band), supposed musical surprises (“too much of the same thing,” “too different from the old stuff,” “too many epics,” etc.), and questionable album title (okay, no excuses there). But really people, are we forgetting Fear of the Dark‘s multiple left-of-center “explorations” (new cover artist and “hard rock” songs like “From Here to Eternity” and “Weekend Warrior”)? If you’re freaking out over the windswept closer “Journeyman” or whether or not Eddie is “scary enough” on the cover, you should really look at a calendar and realize that it’s 200-fucking-3. The world doesn’t live in perpetual Heavy Metal Parking Lot.

Dance of Death, of course, is everything everyone says it is. It is more of the same (“Wildest Dreams”), but also remains Iron Maiden by squeezing the finest of metal songs out of the almost-30-years-old formula (second single, “Rainmaker,” is one of the band’s strongest ever). Seriously, does anything else matter? No matter the length of the song (most are between six and eight minutes long), it works if all the right dynamics and punches land in the right places. Sure, I’m as sick as you are of the “start with slow intro, then play the intro riff heavy, then chorus, repeat a few times and end with slow intro again no matter how the fucking repetition is annoying the listener” schtick, but when the verses of “No More Lies” lean into it (KILLER vocal melody), do you even care how many times it repeats? Or, just when you thought you were in for “Lord of the Flies” part two (shudder), “Gates of Tomorrow” throws in pre-choruses and choruses that have you beating your chest like you’ve just conquered the world? Don’t just dissect the structure and overlook the impact, folks. Iron Maiden have made a career out of creating godlike classics out of simple ideas: It’s what they do best.

And they do it on Dance of Death over and over again, whether it be the rolicking “Montségur” or the absolutely punishing “Face in the Sand” (the album’s strongest track, on which Nicko McBrain kicks his single bass drum at double bass drum speeds for over four minutes!). Even the four-minutes-too-long title track has moments of greatness, particularly in the winding “orchestral riff” that literally conjures up images of dancing spirits (its lyrics, though, are another story). Okay, so “Paschendale” is overrated (momentum is broken repeatedly by awkward transitions and McBrain’s weak “I’ll just play hi-hat here to kill time” filler), but when it gets going and starts dropping bombs left and right… you try dodging its emotional impact.

As Bruce Dickinson stated in countless interviews, Dance of Death really is better than Brave New World. The band are writing democratically more than ever (even McBrain contributes on “New Frontier”), the recording quality has never sounded better, and the Second Bruce Era is quickly becoming noted for its stylish flair as well as its songwriting prowess (check out the photos in the booklet! Who says Maiden don’t look modern?). Do we fans really have anything to complain about? Iron Maiden are still with us in 2003, writing kick-ass tunes that sound better than ever. I say it’s a cause for celebration.
(www.ironmaiden.com) 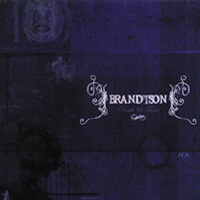 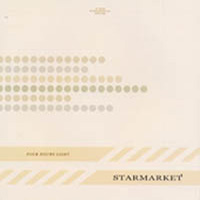