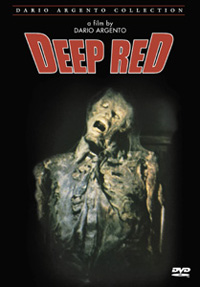 I noticed a new trend while attending the Fangoria’s Weekend of Horrors hosted by Chiller Theatre in January. Back in the day, one of the biggest draws at these shows was the squadron of uncut gore bootleggers selling stuff that was only available overseas. For example, suppose you were unfortunate enough to buy Troma’s release of a little Dutch gem known as Rabid Grannies. Their version of the film is rendered truly pathetic thanks to the hacking out of all the exploitational violence. However, most sellers at your typical Fango show are likely to have the full, uncut version that has all the glorious amounts of multiple dismemberments and flesh-tearing that bumps the overall enjoyment of the film up from stinker to success. With the emergence of DVD companies like Anchor Bay and Image Entertainment, customers have become hard-pressed to shell out 20 bucks to the bootleggers for titles that may be on the verge of domestic release. 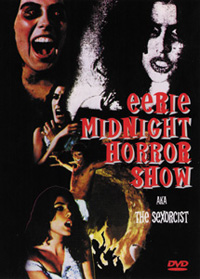 One of the all-time sought after titles used to be Dario Argento’s Deep Red. Through the ’90s, you could only find an older VHS HBO print of this classic missing over 20 minutes of footage.

What we saw: A killer’s hand grabbing a victim’s hair and presumably pushing his face towards a wall and a mantle. What Europe saw: The same scene but the hair grabbing and facial steering was followed by a repeated pummeling of the victim’s teeth into all types of ornate furniture with blood and enamel a’flying.

What we saw: The killer’s necklace becomes entangled in an elevator door and the bloody chain implying that it was ripped through the killer’s throat. What Europe saw: The same scene, but the chain tightens around the killer’s neck and is pulled through the sinew and bone as the decapitated head spews bile. Can we live without these disgusting additional scenes? Of course… but we don’t want to. 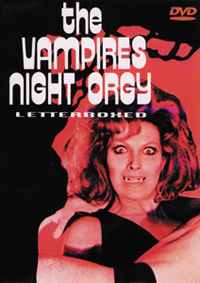 Not only are the scenes integral for the director’s true vision of the film, they’re the surreal suckerpunches that’ll stay with you. Bootleggers made a small fortune selling third-generation copies of the out-of-print Japanese laserdisc of Deep Red (known as Suspiria 2) because it contained the full version of the film. Many of us were willing to sit through subtitles and dropouts and jittery transfers just to see the real deal. There was a good chance that your hard-earned cash just bought you a copy of a copy of a copy of someone else’s copy. Scruples are not part of most bootleggers character make-up. Then Anchor Bay pops up and releases a beautiful, complete version of Deep Red with extra features for a very reasonable price. Amazing! How many video-thieves cried themselves to sleep that night? Plenty, to be sure. Unfortunately for them, that same scenario keeps playing over and over with other titles like Suspiria, House by the Cemetery, and The Beyond. I’m lovin’ it. 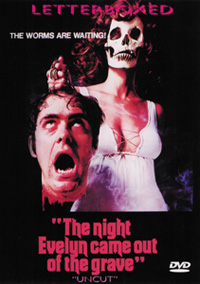 Another interesting trend is that with the upsurge in entertainment technology, many independent companies are able to acquire and release films that the big boys may not touch. Eclectic DVD is one of the lesser-known companies that has tracked down some rare prints for us true fans. While many of their releases may be lacking the extravagant extras and commentaries that we’ve begun to expect, at least the effort is there. Under Eclectic’s secondary label, Sinema Diable, they’ve released a wide assortment of exploitation films that include the legendary Guinea Pig series from Japan. These are not for casual viewers who may find themselves in a puke-frenzy while viewing. 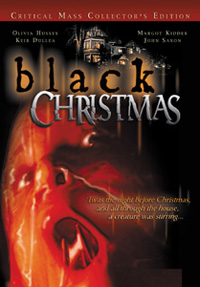 However, Eclectic has redeemed themselves in a BIG way with their release of the Special Edition of Black Christmas. This is one of the best genre DVDs ever released. The film itself looks great and remains one of the groundbreaking slasher films of all time. I’ve reviewed it in a previous issue, but take my word for it again: Check it out. The modest price tag also gets you two commentary tracks with the director (Bob Clark of A Christmas Story fame) and actors (John Saxon and Keir Dullea), galleries, trailers, an episode of Dark Dreamers with Saxon, and a new documentary on the film. A must-have.

Here are a couple more recent releases that may tickle your fancy… For fans looking to reminisce with the early ’80s cheesy slice’n’dice genre, Substance Films has released Pranks (a.k.a. The Dorm That Dripped Blood). Hot Daphne Zuniga joins the crew of college kids getting hammered by power drills, machetes, bats, and whatnot. Fun in a low budget kind of way.

If that’s not for you, perhaps a little T & A and some truly wild streetcar action in Elite Entertainment’s release of Redline? Fans of Torque and the …Furious flicks will no doubt have a great time with this one. Elite also has just put out Syngenor, a sci-fi/horror flick that’s quite a bit better than I would’ve guessed. The story is about genetically-created monstrous killers who are bred to be warriors. They escape and go on a gory rampage in the corporate building. David Gale (from Re-Animator) steals the show as the main bad guy. Besides the film, you also get trailers, galleries, a commentary, four featurettes, and an Easter Egg. Good times. 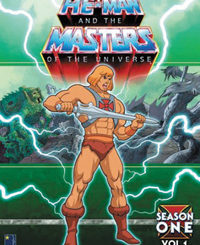 He-Man and the Masters of the Universe: Season One, Vol. 1 – Review