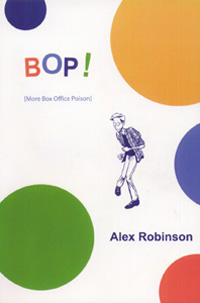 One piece of breaking news is that Chrysalis, a British publisher, is moving ahead with a history of underground comics. The author, Dez Skinn, is a previous editor of a magazine devoted to the British sci-fi phenomenon, Doctor Who. While not necessarily a logical starting point from which to announce oneself as an underground comics expert, we shall see, won’t we? It ships to the U.S. and will be in a paperback format. I’ve got one preordered from Barnes & Noble for $19.96.

Those Brits are always top-notch at telling the world why some aspects of our culture are so cool. It’s true… The British and to some extent the Dutch have always eaten up our jazz and blues. They’re also eager for our underground comix, and are the only two countries that can truly say that they’ve produced underground comics of an enviable quality.

In Amsterdam, I picked up Nasty Tales by David Huxley, published by Headpress, priced around $20. It will not be easy to find, methinks. Nasty Tales began as an underground comic rip-off. Paying little or nothing to the American artists, they reproduced the work of Spain, Wilson, and Crumb, among others. “In its first issues in 1971, out of fifty pages of material, thirty-three contained American reprints.” Thanks a lot, guys, and what does that say about your respect for your own British artists? 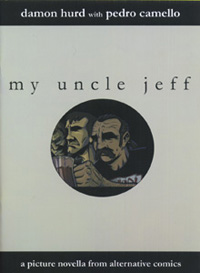 As they grew, though, they continued to develop British artists and began to emerge as participants and not just rip-off artists and imitators. By 1973, British artists were largely onboard. Nowhere in Nasty Tales is there any apparent coverage of the fact that no compensation was ever made to American “contributors.” In speaking with the artist Spain – who has done many title bars for this column – he draws the distinction that were a foreign publisher to reprint in total one of his or Crumb’s titles, that would suggest an obligation of payment, were there to be any significant profits. Were anyone, however, to do a visual reference in a book, especially overseas, there would be little that a U.S. artist could do. It does create publicity for the genre, and that, at least, is something.

While I was in Amsterdam last September, it was not illegal to hit as many coffee shops as I chose, to investigate what the smoke product was like. I invested in oodles of pot, and even a touch of hash. The best material was a product called White Widow, but that changes every year. This publication, mind you, would never advocate breaking any laws in any country. [Bruce, don’t send me a bill for this “research,” legal or not, ok? -Ed.] 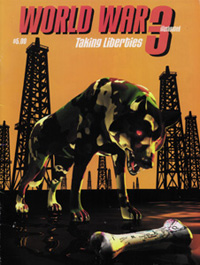 I have no problem with Top Shelf (PO Box 1282 Marietta, GA 30061) giving their company that name. Since their inception a few years ago, they’ve published some remarkable items and held onto a spot in the small publisher world that is fraught with quicksand. One of their latest solid titles is Bop!, which apparently stands for Box Office Poison. The book retails for $9.95 and is 6″x9″, about 84 black and white pages. Its contents are by Alex Robinson, who does a neat job in the overly-populated world of autobiographical cartoon storytelling. The genre was kicked off by Justin Green and Robert Crumb, and that field is now crowded with a ton of people who think their little stories will be interesting to the rest of us. That premise does not necessarily hold water. Some of the stories out there are very little, indeed.

To be discerning reader, however, Alex Robinson does it well. He has a number of interesting characters that seem to be twenty-somethings fumbling their way into adult life; paying rent, enduring transitional shit-jobs, flopping and failing in their relationships, and in general, at sea.

Next up is Top Shelf’s World War 3, and it’s refreshing to find a publication devoted to pinning the tail on the current Administration. They do so with humor, jarringly serious pieces, and interesting graphics in general. It’s $5 and well worth it at 66 pages of black and white 8 1/2″ x 11″ material. You have to bring an attitude or mindset to this stuff, though. After about 25 pages of this anti-material, you could get depressed, because none of it is softened by anything hopeful or positive. If you’re concentrating on this Administration, of course, there may be little enough indeed that strikes you as cheery. Again, though, you have to be in the mood for it. 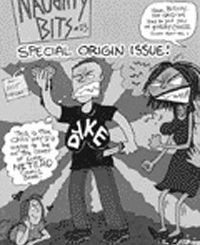 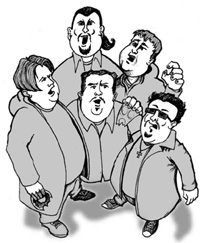