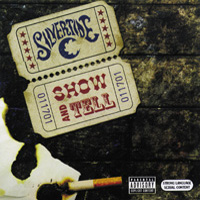 I remember hearing about this band a few years back, with inside folks tossing around terms like “bonus babies,” the sort of terms that can cast an ugly pall over a band’s reputation. I’d never heard Silvertide before, and had no idea what they were supposed to sound like, and I was half convinced that they sucked.

Now that Show and Tell has actually been released, I can say that the obvious antecedents to Silvertide are the first Black Crowes album and glossed-up big-budget cock rockers like Buckcherry and Velvet Revolver. Like the last two bands, Silvertide sheathes scuzzy party rock in a too-slick package.

However, none of this means Show and Tell is a bad record. Bad word-of-mouth and suspect production or not, the first half of this album is packed with some pretty hot rock and roll songs. The band manages to sound familiar but not outright derivative while singer Walt Lafty does an eerily dead-on Chris Robinson impersonation. Not exactly reinventing the wheel, but anyone interested in that probably isn’t going to be listening to a record by Silvertide or any of the other bands I’ve mentioned.

However good the first few songs are, the album does falter badly in the back half, beginning with token ballad “Heartstrong,” the sort of soulless, wimpy anthemic nonsense that is the ’00s equivalent of the power ballad. I tend to prefer that my rock ballads have a healthy dose of either country or soul, but this one sounds like something Matchbox 20 would spew out. The other big misstep is closer “Foxhole J.C.,” the band’s attempt at Significance. A multi-part suite that is ostensibly an anti-war statement, the song’s “message” is somewhat undercut by the ten tracks of pleasantly mindless “One-two-here-we-go” sex and drugs and rock and roll that precede it, as well as the inclusion of perhaps the dumbest couplet in the history of written English, “You’re a foxhole Jesus Christ, I hope your funeral smells nice.” The whole thing ends up like a Spinal Tap rewrite of “Civil War” by way of Sir Lord Baltimore’s “Man from Manhattan,” and unfortunately leaves a bad aftertaste on an otherwise pretty good rock album. Show and Tell may not be a great album, but I’d be lying if I didn’t say that I enjoy the hell out of about half of these songs.
(www.jrecords.com) 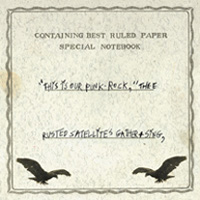 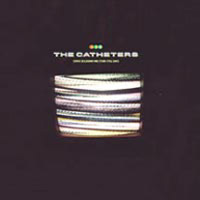 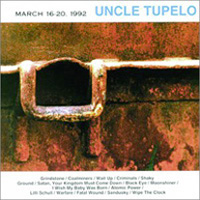