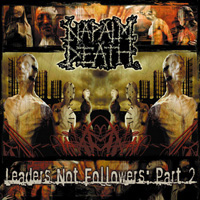 Forever the godfathers of grind, Napalm Death remain the most relevant, progressive-thinking, socially conscious, and aurally devastating unit in extreme music. All hail the kings.

You’ve been in the game for so long. Even from a fan’s point of view, it’s hard to imagine how you hang onto the genre’s sonic and (sometimes) ideological/mental limitations. Do you ever feel discouraged by the sometimes stagnant nature of death metal?
I hear you… That’s the thing, I do get disillusioned sometimes, but I always pull myself out of the ditch and think “well, there’s a need for someone to be positive out there, and that’s what we have to be.” We have to be the antithesis to a lot of the negativity. On the other hand, we know we can keep making the music that we love: Fast and furious but still progressive in its context.

I mean, I get heckled – and worse – at gigs because of what I feel and say. Beyond politics, even on a human level. For example, when I try to tell people in the pit to stop deliberately destroying each other – because that’s not what it’s about – they don’t understand.

A lot of the death metal audience pride themselves on being ignorant and testosterone-driven instead of being forward-thinking and compassionate.
I just try to keep a positive outlook in order to move forward.

Have you ever considered doing spoken word or something outside of the death metal genre to get your ideals across, since you’re obviously intellectually capable? Rollins and Biafra have both done it.
Yeah, I could do something like that, but I’d need to apply myself more intensely in that area. It’s something I could certainly do. But truth be told, if it came to that, I would rather do something where I’m not being “trumpeted.” Because, I gotta be totally honest, it still blows my mind that a normal Joe like me, from a working class background, has come “so far.” I feel very shy about certain things. Instead of doing spoken word, I’d rather do behind-the-scenes stuff like be a social worker. Reaching out on that level. 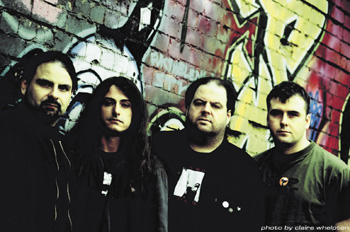 I only mentioned spoken word because, whether you’re comfortable with your “status” or not, you are now – after 15 years of leading Napalm Death – in a position where people will listen if you speak up.
Yeah, that’s a fair point. I’ve got a lot of things to say that people don’t want to hear, possibly moreso than Rollins. For example, when the news comes on and gives the people one thing, the basis of the story is almost always missing. I’m sure you know about the Chechnyan school kidnapping that happened in Russia a few months ago. No one would deny that, yeah, it was obviously a horrible incident, but the perpetrators were passed off as bandits and psychopaths when obviously something drives people to be that way. In their situation, they’re living in a country that’s permanently brutalized by Russia, where their men, women, and children are killed every day, not just in isolated incidents. Potentially, those Russian soldiers who were helping the kids are the same units who butcher Chechans everyday. So right there, the news has offered a very small, distorted view.

That’s the kind of stuff I’d like to do: I’d love to challenge people about what they don’t know or don’t wish to know.

Similarly with the Israel/Palestinian situation. You see Palestinians conducting suicide bombings and it’s easy to think “these guys are the devil,” but obviously something pushes them to that point of desperation.
You gotta look at the situation: Palestinian resistance is armed with home-made bombs at best and stones at worse, up against the Israeli strikeforce who are backed by the U.S. and Britain.

And not to condone the violence, because – as history has shown – violence only worsens the hatred and retribution, but when you’re up against the top two superpowers of the world, what would you do?
When you’re starving and your land is isolated – the Israelis are on Palestinian land, not the other way around – that’s the crux of the issue. I don’t wish to see innocent Israelis killed: Most of them just want to live in peace. It’s their Orthodox, religious government who are pushing the agenda. It’d be great if the whole thing could be resolved, because I think it heightens a lot of the tension in the Middle East. The Middle East is very unified, you know: If you fuck with one country, others will flock to support it.

Let me just get this out of the way: Us globally-aware Americans would like to apologize to the rest of the world for the re-election of Bush.
Without sounding patronizing, I feel sorry for ordinary Americans who voted for Bush because I don’t think they quite understand the implications. I’ve spoken to some right-wing, conservative Americans on the subject, and they say “well, I don’t give a shit what the rest of the world thinks of us.” But the thing is, you should. Because, at the end of the day, everyone else makes up 80% of the world, and sooner or later, you’re gonna piss them off to the point where resentment’s visible. And you’re gonna get attacked more.

I get labeled as anti-American, which is absurd because I have a lot of American friends. I think of people, not borders. That’s always been my philosophy. I’m not anti-American at all: I’m anti an administration that walks over the rest of the world and gives itself carte blanche to do whatever the fuck it wants. The Bush administration won’t sign any environmental treaties. Why not!? It’s your duty and responsibility as the leader of a huge part of the human race who live on this earth! 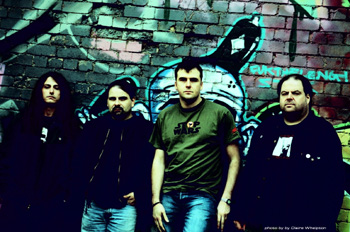 You’re in a band with Americans, after all. That actually leads to my next question: A lot of people are curious as to Jesse’s (Pintado, guitarist) status in the band. What’s going on?
He’s not with us on this tour, and as things stand, I don’t think he’ll be back. He’s got problems. I think people know that he’s got problems with alcohol, and it’s been a long time coming. You know what, man? He was kind of in the best place, being in this band, cuz we are more tolerant than most people. We tried to do everything for Jesse, even when he walked out of recording sessions for Order of the Leech. He didn’t do this covers album with us either. If you did that with any other band, you’d be fired. But we didn’t fire him, we tried to help him and work with him. But he won’t help himself, or at least he wouldn’t at the time.

You guys have been in the same band for almost 15 years.
It’s really sad. Can you imagine how this makes me feel? He never turned up to a photo session, the one for Leaders Not Followers: Part 2. He just never showed.

Is he back in L.A.?
I don’t know where he is. Last I heard he was in Holland.

Are you gonna get someone new?
We’ll probably stay as a four-piece for now, but you never know. When we’re on tour in America, Internet access is very tough because I don’t have a laptop. I have to go to Internet cafes when I have time. I’ve gotta seriously get on our website and forum when this tour ends and deal with the stuff on the boards.

Have you read the book Choosing Death?
I haven’t, but I know all about it.

It really concentrates and revolves around Earache and Napalm Death. It was really eye-opening to finally learn what happened with the mid-’90s Columbia distribution merge.
We didn’t do that voluntarily, we were sold to them. I would’ve never, ever signed to Columbia, given the choice. I’ve got a brain in my fucking head: I knew that could be the kiss of death. I knew it was only gonna last six months. You think an organization like Columbia’s gonna look at our album sales and say “oh yeah, great!”?

One thing I know about the Choosing Death book is that Dig (Pearson, Earache founder/owner) tries to paint himself as a victim in the whole scenario, and that wasn’t the case at all. That guy saw an opportunity with all these bands, and he took the ball and ran with it. And that’s fine, but he never treated the bands with any kind of respect on any level. Maybe in the early days, but not when I joined Napalm Death.

Digby sold us to Columbia and we never quite ascertained what the deal was. I’m actually trying to get the contract, but they won’t give it to us. I’ve got a feeling that he sold us off for a lot of money and we never saw any of it.

Peter Dolving from The Haunted said similar things about Earache: How it was depressingly impersonal and how no one at the label gave a shit about him as a person.
That’s very true. They don’t do anything for you. You might see a statement every six months if you’re lucky. Promotion? Nothing.

I have to say, though, that your latter years on Earache are my favorites. The “experimental” records – Greed Killing, Diatribes, Inside the Torn Apart, Breed to Breathe, Words From the Exit Wound – are, to me, the best sounding, best executed, most inventive, progressive, and most original works you’ve ever produced. There are layers upon layers of counter rhythms – whether musically, percussively, or vocally – as well as ingenious melodies and harmonies.
I gladly accept outside opinion regarding those albums. These days, I’ve got a more positive opinion on what they are, but I still feel – in large doses – that they lack edge.

We could just do “standard fast” and be done with it; churn out a record in two weeks. “It’s fast, it’s furious… what more do you want?” But if you listen closely, the music’s still progressive, just with quicker methods of getting from point A to point B. On the upcoming album, for instance, we’ve got a song that’s heavily influenced by Swans. The mid-’80s art rock scene is a big influence on us.

The tonality of your voice drastically changed from a low growl to an intensely pissed scream between Diatribes and Inside the Torn Apart. What prompted the transformation?
You know what, every studio album I’ve ever done – even if I was having doubts about the music – I’ve put in 110% because I believe I should. People have mentioned that tonal difference to me before, but I have no control over it. It’s what my voice chooses to do.
(www.centurymedia.com) 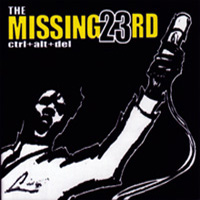 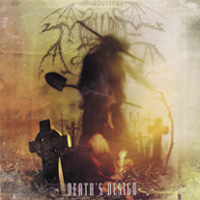