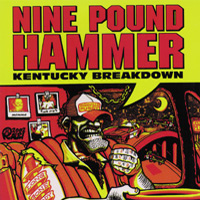 It’s been a handful of years since Nine Pound Hammer recorded and, frankly, considering the relative success Blaine Cartwright’s subsequent band Nashville Pussy has received, this is one reunion I didn’t count on seeing. I always enjoyed Nine Pound Hammer’s brand of down-home punk rock back in the day, but I never much cared for Nashville Pussy, which is only one more reason why I wasn’t expecting much from Kentucky Breakdown. 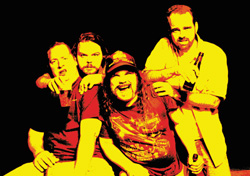 However, surprise of surprises, I fell in love with this album just a few seconds into the Wild Bunch intro. The first real song, “Rub Yer Daddy’s Lucky Belly,” rocked my ass and also made me laugh, and the good times don’t let up for the album’s 33 minute running time. Lead vocalist Scott Luallen is nobody’s idea of a great singer, but his vocals are absolutely perfect for what Nine Pound Hammer does, and it only took me a couple of minutes to realize how much I’d missed him. Most of my problem with Nashville Pussy stems from Blaine Cartwright’s vocals (thankfully, he only sings one song here, and it’s easily the album’s weakest track), so I can’t help but wonder how much better NP could’ve been with Luallen handling the vocals.

No matter. We’re here to discuss Nine Pound Hammer, and I can’t recommend Kentucky Breakdown highly enough to anymore who enjoyed the funny, sharply-drawn portraits of country life on the band’s previous three releases. “Ain’t Hurtin’ Nobody,” “Don’t Remember Lovin’ You Last Night,” “Zebra Lounge”… these songs are the work of someone who knows his world very well and is able to poke fun without considering himself above such behavior. And it doesn’t hurt that the band totally blazes, boogie rock guitar licks screaming along atop a raging punk rock attack. Nice Ozark Mountain Daredevils cover, too.
(www.acetate.com) 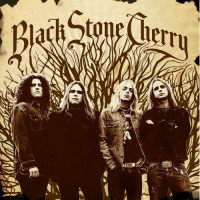 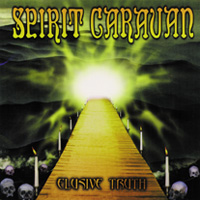 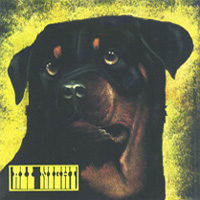