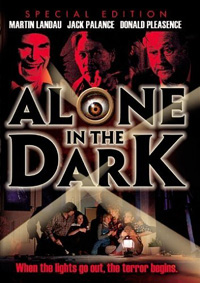 Alone in the Dark

No, this isn’t the recent sci-fi monster turd with Christian Slater. Anchor Bay has once again delved into the early ’80s slasher realm to come up with a pretty nifty little film. Alone in the Dark contains both frightening and humorous elements; some of which are made funnier by the passing of time. At that time, everyone was making films about humping teenagers stabbed by a maniac. Alone stretched the package by providing more compelling victims, and not one but four psychos. The plot concerns a new doctor (Murdoch from The A-Team) hired at the local institution who is immediately conspired against by a handful of loons from the dreaded third floor. Jack Palance and Martin Landau are two of the killers, and Donald Pleasance plays the equally deranged head of the hospital. In the mix are a “bleeder,” a pyromaniac, and a 400-pound child molester. During a massive blackout, they escape their electric confinement and set out to maim the doctor and his family in some sort of misinformed revenge orgy. Some notable moments include a mailman bashed to death for his hat and the shocking emergence of one of the nuts. Anchor Bay has provided a crisp widescreen transfer, along with their customary extras. You also get director Jack Sholder’s commentary, interviews, an art gallery, a trailer, and some liner notes. Oh yeah, with music by the Sic Fucks. Rock on.
(www.anchorbayentertainment.com) 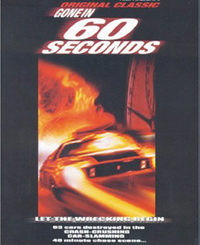 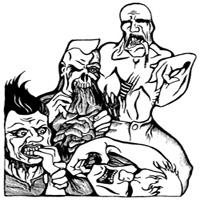 Coroner’s Corner – A Man With A Thousand Whoopins – Column