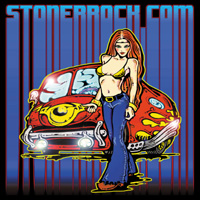 An interview with moderator John Pegoraro
By Craig Regala

What drew you to the website, and when?
It was sometime in 1999 or 2000, when I was prowling around for reviews of bands I dug: Clutch, Corrosion of Conformity, Queens of the Stone Age, and Fireball Ministry, primarily. It was daunting, as the review forum was (and still is) filled with a laundry list of obscure bands. Trying to make sense of it was like trying to change a tire while driving. So I lurked around the forums for a couple of months, eventually realizing that the community was suitably like-minded in terms of music and humor, and started a thread about what kind of tail you’d want.

What are your three personal fave bands, both historically and within the parameters of the site?
AC/DC runs at the top of the list, followed by Corrosion of Conformity, and, er, I dunno, Anthrax. The brothers Young always take the lead, but everything else is in flux, because nothing’s quite as good.

In terms of what I’ve discovered through the site, that’s tougher. I listen to around 30 CDs a month, and I’m always discovering new favorites. If I had to make a short list off the top of my head, I’d say Lamont, Solace, and Colour Haze. Or Kruger, because that’s what I’m listening to at the moment. Ask me again in an hour; it’ll change. 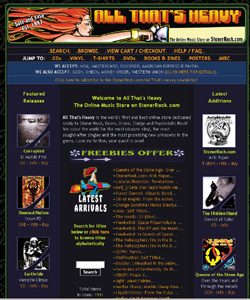 What is it you actually do?
The job’s got three aspects: The writing/Editor-in-Chief bit, the site upkeep bit, and the moderating bit.

The first one’s pretty self-explanatory. I listen to a mess of CDs and come up with clever things to say about them: Good, bad, or indifferent (because sometimes you just hear something that’s inoffensively nondescript). I try to do a couple of interviews each month as well. There’s a features section to the site, but that doesn’t get as much love as it should.

I’ve also got a team of writers, so I’ll send discs to them for review, or let them do the interviews, which is preferred, as Barbara Walters I ain’t. I get to tidy up their work and post it on the site. As for site upkeep, that’s making sure news, live photos, and mp3s are posted each day.

And the moderating is just that: I keep an eye on the forums and make sure things don’t get too out of hand: Bad html, duplicate threads, spam, and the occasionally way over-the-top post. One of the things I always liked about the site was that it’s not as Draconian as other forums. It can get overly crude, but spending my day e-slapping wrists isn’t fun for anyone. Common sense and decency usually prevail. Usually.

Are you particularly active on other sites or interested in how they work? It seems like something you could do in a vacuum, a perfect geek thing, but you have a full-time job, a wife, two dogs, an empty whiskey bottle collection to maintain; what gives?
I keep an eye on and frequent the other major sites in this wide-ranging genre, not so much because I’m obligated to, but because it’s all music, and there are some knowledgeable people out there who don’t visit StonerRock.com for one reason or another. I don’t view these sites as competition (even if they operate in the same manner and occasionally scoop us on interviews or reviews), because it’s all about the rock. And shit jokes.

Do you think that StonerRock.com will be much bigger or different in focus or set up and change what you do?
I’d love it if the site were bigger, as that would mean the general population had an awareness of the bands, which in turn would mean some of those bands could make a go at being full-time musicians. As long as there are people out there who support the site and the bands, there won’t be problems with growth. When people start taking it all for granted is when it shits the bed.

It’s interesting that “stoner rock” covers a decent range of rock. Do you personally have any definitions about what SR is and what ain’t? Is there a stark breaking point where you can point at something and say “That boy is a Stoner Rock record.”
Well, there’s what I consider “traditional” stoner rock: The stuff stemming from Dozer, the first Queens of the Stone Age disc (y’know, the one that the purists love), Kyuss, Fu Manchu, etc. That stuff’s not too prevalent in the States, but it’s still the mainstay of the European bands. You could say that after over five years, it’s a tired genre, but as long as I can tap my foot to it or hum the chorus the next day, I’m going to say that argument doesn’t hold water. Apart from that, you’ve got doom and metal in all their mutations, and lord knows what else. I suppose blatant pop acts or death metal doesn’t have a voice here, but really, as long as it’s good and honest, it’s got a place somewhere on the site. What separates this genre is that the bands are all playing what they want to play, not what they think will sell.

Out of the membership, how many daily posters do you have? Have you noticed a change in the membership since you came on board? There even seems to be a buncha people who really don’t care much for the music (writ narrowly), but find some currency with the people involved.
Combined, I’d say the two general discussion forums have at least 50 hardcore regulars and three times as many casual posters throughout the day, from across the globe. The Classic Album Reviews forum has an almost entirely different crowd, as does the Jam Room forum. Because of festivals like Emissions, SHoD, and Three Days of Darkness, there’s more of a sense of community for some of the Gen Disc forum members, because they’ve hung out, gotten drunk and/or high together. The forums are the best way of keeping in touch (especially on slow work days) and for making future nefarious plans. And yeah, there are people who’re just there because they think the whole sorry lot of us are amusing. I believe my sister-in-law falls into that category. Shame people like that won’t dig deeper, but it’s not my job to force people into anything.

How many posts do you generally keep active? Can the amount of verbiage clog the proceedings?
The Gen Disc forum gets a database dump on occasion, but I believe all the other forums go back to their beginnings.

How many mp3s do you guys have in the K666 station?
We’ve got over 10,000. The files are played at random, and we try to load new albums of bands we feel deserve the extra exposure as often as possible.

So does the name “stoner rock” get in the way?
It’s not the greatest of definitions, but let’s be honest, most genre labels blow dead goats. It’s hard rock and metal with a strong sense of groove and a love of the riff. “Stoner rock” is quicker to say. I suppose for those with no vested interest in hard rock and metal, it’s going to be read in a negative light. But who cares what those people think?
(www.stonerrock.com) 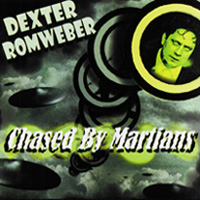 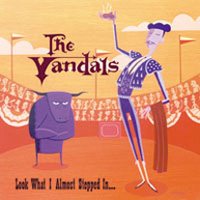 The Vandals – Look What I Almost Stepped In – Interview 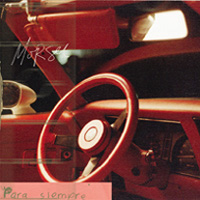