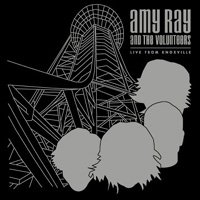 Amy Ray and The Volunteers

On this digital-only live release, Indigo Girl Amy Ray leads her Volunteers through an energetic set from their tour-ending stop in – where else? – Knoxville, fellow singer/songwriter Tara Jane O’Neil in tow, offering bass and sweet backups action. The songs are rugged yet sweet – imagine Indigo Girls crossed with John Cougar Mellencamp – recorded via a simple four-track so that all the sweat and spontaneity is captured without the interference of technology and cyborgs (i.e. AutoTune). Peppered with anecdotes of “partying” after the show at a pita place and playing to a “slimly attended crowd,” Live From Knoxville also conveys the truthful unglamorousness of small-time touring, even though Ray is a well-known musician in another outfit. But the fact that she and her gang face everything with nonchalant, go-get-’em hard-working ethics that every band should possess (and never lose, despite becoming famous or not) echoes the same commendable traits in their music. Just like the band members, the tunes are ol’ fashioned rockers with no fancy tricks, knowing very well that good songs these days will only keep you playing in the lower tiers of the “biz,” yet not giving a flying fuck. Because sacrificing sincerity just so you can eat at better pita places and play to more people is not worth contributing slightly shittier songs to the world, right? I for one raise a glass to these guys and gals, and hope that you’ll take in their all-natural, all-heart rock ‘n’ roll as well.
(www.daemonrecords.com) 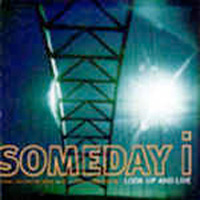 Someday I – Look Up and Live – Review 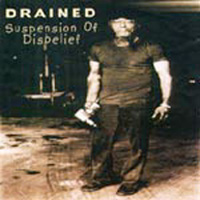 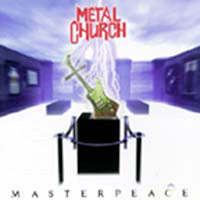