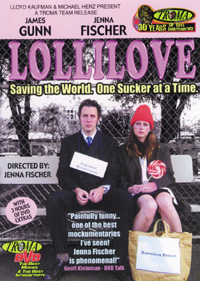 Maybe I’ve been living in Japan too long, but the title of this one made me nervous. The Japanese word for pedos is “Lolicon,” and, well, I got a bit nervous (tenuous semantic connections to this fine publication notwithstanding). Add to that the fact that this is coming from Troma, and…

I really need to stop with the prejudices, because this is actually one damned fine film. It’s not a “typical” Troma film (what the hell is it?). It’s an improv “mockumentary” ala Christopher Guest/Spinal Tap/Best In Show. And, like the last in that list, it can be simultaneously hysterical and downright cringe-inducing.

Kind of like… The Office. Interesting, then, that one of the stars/writers of this film is Jenna Fischer, the receptionist in that show. Putting yourself in the frame of mind necessary to watch that show (along with the Christopher Guest stuff) is the best way to watch this. Brave, embarrassing, and generally smart-ass as all hell.

OK, OK, so what is it ABOUT? Well, Fischer and real-life husband (and co-writer) James Gunn want to start up a charity to help the homeless. Thing is, they ultimately don’t seem to give much of a shit about said homeless, beyond their value as an icon of “caring.” So, what to do to “help” the homeless, while maximizing their real goal, i.e. making themselves look “caring”? Give the homeless lollipops. Not just lollipops: INSPIRATIONAL lollipops.

It’s from that ludicrous thesis that the ludicrous (and, at times, excruciating) film goes off. I have to admit that I have a low tolerance for embarrassment humor: I’m too busy wishing people would shut the fuck up to actually watch the film. That said, this (like, uh, The Office) is so SPOT ON that I got a bit of sadistic pleasure watching these morons prove their moronic status to people who may or may not be equally moronic (one presentation, while looking for a sponsor, is particularly brutal/hysterical).

Like most Troma films, the budget is pocket change. Not normally worth mentioning, but the occasional technical lapses (bad camerawork, crappy sound) are slightly troubling. Nothing that should actually deter, however: Lollilove is brilliant.
(www.troma.com) 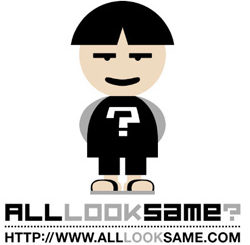 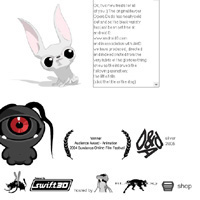 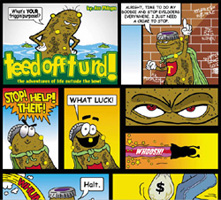