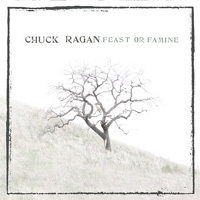 Feast or Famine (Side One Dummy)
by Tim Den

By the time beloved punks Hot Water Music reached the end of their career, they’d transformed from an adrenaline-obsessed bunch of hardcore kids into singer/songwriters who dressed up timeless folk songs (in terms of chord progression and melodies) with loud guitars. So it’s no big shock that guitarist/vocalist Chuck Ragan decided to go the solo acoustic route after the break up, now focusing 100% upon what made albums like Caution and The New What Next riveting: The melodies.

And what melodies Ragan’s got. If his past works like “‘God Deciding'” and “Where We Belong” pumped you up as well as made you weep like a little girl, get ready to weep some more. Feast or Famine might not have the rage of Hot Water Music, but it’s got the same workingman spirit and strength. It sings loud and proud in Ragan’s undeniably powerful, soulful voice, proving once again that real folk music – written by the likes of Ragan and his forefathers who toiled, sweat, bled, sang, and never complained – will forever strike a deep, rich nerve with us all because it’s so painfully human and touching. Ragan is the real deal: He’s used his hands to earn the food he puts in his mouth, he’s gained knowledge through living life and not just going to college, and he’s stayed true to writing honestly in everything he’s done. Even if you aren’t particularly fond of acoustic singer/songwriters, listen to opener “The Boat” and tell me the hairs on your arms don’t stand up. Again: There’s just no denying the songs of a workingman’s man.

Though I, like many others, was devastated over Hot Water Music’s break up, it’s obvious that all the dudes have gone on to do excellent work. Feast or Famine will not disappoint anyone who’s looking for Hot Water Music’s ability to move hearts, and it might also bring a whole other contingent of music lovers into discovering Ragan’s exceptional talents.
(www.sideonedummy.com) 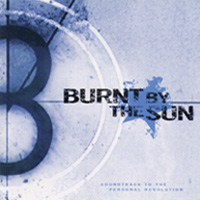 Burnt By The Sun – Soundtrack to the Personal Revolution – Review 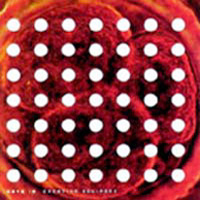 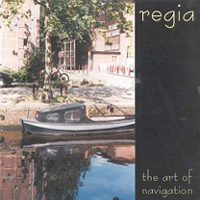 Regia – The Art of Navigation – Review