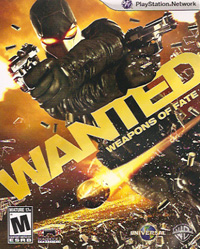 Wanted: Weapons of Fate looks good. There are some great lighting effects, detailed environments, and some interesting level designs in this sequel/prequel to last summer’s hit action movie. If only it played as well… The game’s third-person cover-based shooter gameplay struggles with an unpolished cover system, lazy turret and sniper interludes, and severe repetition. The action certainly feels familiar, seeing as it’s one of the numerous Gears of War clones with only a thin gimmick to distinguish them (here it’s the ability to curve bullets around your enemies’ cover). Wanted‘s strict adherence to Gears‘ gameplay fundamentals means that, for a short while, the firefights are satisfying, and the brevity of the single-player campaign (there is no multiplayer) ensures that the action never lets up. But the action becomes numbingly predictable very quickly, and it shares too much in common with the recent Eat Lead: The Return of Matt Hazard, namely because it often resembles a lifeless shooting gallery, one that you dutifully slog through, waiting for a payoff that never arrives.
(www.warnerbros.com) 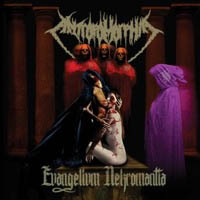 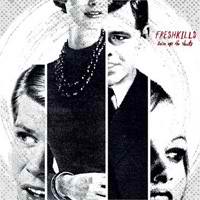 Freshkills – Raise Up The Sheets – Review