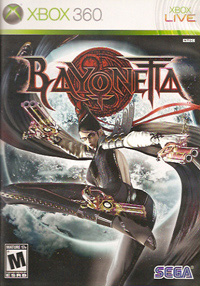 When Devil May Cry wrote the book on modern third-person action gameplay in 2001, its focus was on the hilariously-monikered but appropriate “stylish action.” Dante’s sword and gun combo gave players myriad ways to cut down enemies, and all of them looked cool. Since then, games inspired by the DMC formula, from God of War to the rebooted Ninja Gaiden series, have increasingly filtered out the style in favor of brutality, whether it’s Kratos disemboweling and decapitating enemies, or Ryu Hyabusa hacking off arms and legs and staining the ground slaughterhouse red. With Bayonetta, DMC creator Hideki Kamiya is bringing back style. That’s not to say there’s no brutality in the game: As you control the titular witch, you’ll punish angels (your enemy) in all sorts of gratuitously violent ways, like slamming their heads into guillotines, or booting them into an iron maiden. But such over-the-top attacks are simply in service to Bayonetta‘s overall style, which, if DMC‘s style was like a performance artist on the street, is the equivalent of the Superbowl Halftime Show. Every enemy encounter is less a battle for survival than it is a Broadway spectacle, with your adversaries merely props to be danced around while bullets, body parts, and stilettos shower the screen like confetti. The game’s cutscenes only serve to interrupt this luxurious and indispensable gamplay experience that’s a nonstop sugar rush with no crash on the horizon.
(www.sega.com) 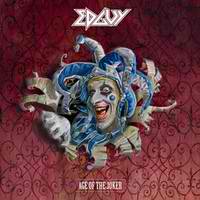 Edguy – Age of The Joker – Review