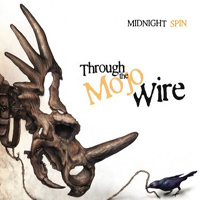 Through the Mojo Wire
by Scott Deckman

Midnight Spin is radio-friendly. Really radio-friendly, and it probably won’t be long before they’re gobbled up by some label, conglomerate, somebody. On Through the Mojo Wire, they rip through five songs so fast you’re shocked when they’re through. Hooks abound and Mike Corbett’s voice is reminiscent of indie psychedelic band Secret Machine’s Brandon Curtis, though the band sounds nothing like them.

Opener “Trigger Finger Itch,” a stylized rocker that could do with a more consistently rocking arraignment, is an interesting song nonetheless with a storyteller feel. “Rhythm in the Dark” shows that the band can indeed shred, though it tries too hard at times, showing off a Killers jones in the process. Single “In the Air (Revival)” is loaded with the kind of production (courtesy of producer Nic Hard) usually only afforded to Grammy winners and those with private buses, and the punchy song doesn’t disappoint. Catchy to the point of banging your head in frustration when it won’t stop, it’s souped-up disco with what sounds like heavily processed guitars. Try doing that in a garage. Closer “Brooklyn’s Weary” again brings the guitars, and it’s a welcome sign that it’s not all studio wizardry. They can at least play their instruments (I’m taking it at face value it’s the band actually playing them). Don’t laugh, these days amid our technological dystopia, you just don’t know.

Midnight Spin is like a less-annoying Killers or more rocking Bravery, and that presents kind of a problem. Do they want to skate by on those comparisons? If in it for pecuniary reasons (and fame), why not? And really, why not? The poor, starving artiste isn’t only cliché, but a ridiculous figment of the imagination that falters badly in reality. Vincent Van Goghs, while authentic and admirable (tragic endings aside), just don’t exist much in the real world, particularly today. Like Liz Phair once pointedly summed up on Whitechocolatespaceegg‘s “Shitloads of Money”: “It’s nice to be liked, but it’s better by far to get paid.”

Still, it’ll be interesting to see if they can use those hooks, chops, and catchy choruses to make some truly compelling music, or if they take the safer route. Life’s complicated, and when art and commerce converge, it can get even more dicey. But it doesn’t have to be all black and white. Midnight Spin will have to do what all valid, successful bands do: Split the balance. Here’s hoping they can achieve that feat without killing their career.
(www.midnightspin.com) 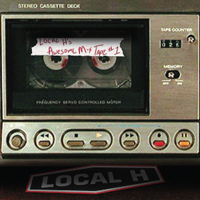 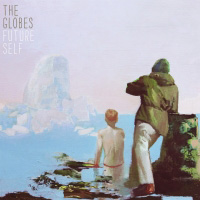 The Globes – Future Self – Review