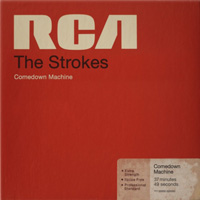 Because of their privileged upbringing, the Strokes will never have the authenticity of fellow New Yorkers Lou Reed or the Ramones, but that doesn’t mean they can’t produce good music. Comedown Machine is a welcome-back to the right side of the street after two majorly disappointing albums. No, it’s not anywhere near Is This It or as consistent as Room on Fire, but it’s easily the third-best Strokes record, and certainly not the failure I thought it was on first listen. (So punters out there, give it a chance to sink in.)

But one thing that’s held over from the last album, the inchoate Angles, is their love of ’70s and ’80s music, particularly the latter decade. “80s Comedown Machine” nicks the synth line from Big Audio Dynamite II’s “The Tea Party,” which in and of itself is a bit odd, since the song in question was released on 1991’s The Globe. “80s Comedown Machine” has an ethereal, sexy effect one doesn’t necessarily associate with the mop tops. A different kinda sexy I should say. Another peon to the ’80s is “One Way Trigger,” where the aging hipsters basically rip off a-ha’s “Take on Me” for part of the melody. Okay, maybe the Strokes aren’t copyists on these songs, but those melodies are damn close. This is a bit disconcerting, seeing as how the original melodies ran like honey in the early ’00s.

“Slow Animals” features a strong chorus, partially succeeding in lifting up the rest of the song’s quieter, indiscernible verses (and it’s too bad, because what you can make out seems interesting, continuing Julian Casablancas’ gift for storytelling). Casablancas is the rare vocalist who you both really like and wanna beat with an aged Virginia ham, often at the same time… and tell to take a shower once in a while. What, the trust fund didn’t come with a toiletries earmark? Yes, he’s a rich little prick, but his affectedness is pretty authentic, as authentic as affectedness can be. With the Strokes, contradictions swim around like a cigarette stub in a Mercury Lounge toilet.

Being post-Room on Fire Strokes, there is some so-so stuff on here, like penultimate song “Happy Ending.” Opener “Tap Out,” which worships the bad parts of ’80s music, is average. As mentioned, the band relives the ’70s a bit too on Comedown Machine, but not the punk version, riffing on vintage-sounding organs and employing easy-breezy textures. I can actually picture some of this on AM radio. Take “Call It Fate, Call It Karma” featuring Casablancas’ affected falsetto; it sounds like it could’ve been recorded before he was born (and no, I doubt this piece of work would’ve made any commercial ’70s playlist). Even though I should probably loathe this bit of pretentiousness, the organs and dreamy falsetto – help me God for I have sinned – works. And it also spiritually mirrors the best song off First Impressions of Earth, “Ask Me Anything.” But it’s trippier, substituting Casablancas’ baritone with the high register. (Wannabe indie weirdos, this is how to use vintage-sounding organs to good effect.) It’s the Strokes at their artiest, a White Album-by-way-of-stoned-Velvets sliver of pining weirdness, a show tune lullaby in an opiate-damaged realm on a distant planet. I’ll take it.

“50/50” is basically a Strokes rocker, or as rockin’ as the Strokes get. The production on Comedown Machine is muddy enough to suit their strengths: ’80s-inflected languid post-neo-garage rock. (Didn’t think I’d create a neologism today, did you?) And unlike Angles, these songs are more thought-out and complete, not mere sketches of hope and longed-for acceptance. And Comedown Machine keeps getting better and better the more you listen to it.

Which brings us to “Chances,” where Casablancas croons “I’ll play your game.” And that’s the thing that bugs me about the band’s output post-2003, Julian and company trying to ape the Killers or other ’80s revivalists, ’80s revivalists who wouldn’t exist (or made it the way they have) without riding the Strokes’ garage rock coattails. And you’re right, the Killers don’t sound exactly like the Strokes, but they certainly mimic some of their cues – and when the Strokes are on, the Killers come off as a cheap substitute.

Yes, this silly ’80s stance they keep fronting can be a bit frustrating, especially when it doesn’t work well, and it doesn’t sometimes; though to be fair, it certainly works better here than on the previous record. The Strokes have to realize the chances of them topping the first one are astronomical, and that they’ll never be that cool again, ever, so they should just accept that considerable achievement with grace, stop trying to be relevant and make interesting records – like this one.
(www.thestrokes.com) 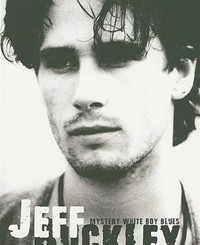