In November 2010, Earache Records released Earache Extreme Stage Diving, a completely free and highly-addictive app for iPhone, iPod Touch and iPad in which players throw a stage diver off a festival stage and as far into the riotous crowd as possible while rocking out to a raging metal soundtrack.

One year on and gamers and music fans all over the world have thrown the notorious stage diver hundreds of thousands of meters in their quest to reach the top of the leaderboard.

There can only be one reigning champion however, and Earache is pleased to officially announce the Most Extreme Stage Diver as Charles Thompson Moodie from Burnham, England, who managed to throw his stage diver a staggering 25,855 meters.

Earache caught up with Charles to present him with the Extreme Stage Diving trophy and to talk about his achievement.

Charles: “So many!  The Haunted, At The Gates, Hate Eternal, Slayer, 1349, Nile, Motorhead, Pombagira, Slabdragger, Bathory, Satyricon, Deicide, Shining and many more.”

Earache: When did you first stage dive (in real life and in the app)?

Charles: “Never stage dived in real life, done many bungee jumps though!  I downloaded and played the game within one month of the app being released.”

Earache: You are the highest score holder on the Earache Extreme Stage Diving app – please tell us the story of how this happened.

Charles: “Well, I kept on trying and trying to beat my best score every time.  At first I struggled to beat 300m; I wondered if I’d get past 500m but eventually I did and that was a great feeling.  I kept trying different techniques on the screen – speed, angle and pattern of movement, plus releasing the throw.  Soon I hit over 1,000m and couldn’t believe I’d done it but I had.  And it was so rewarding to see the stage diver fly through the air, counting the meters onscreen before he slowly fell back to earth with a bang.  Then I hit over 4,000m, unbelievable!  And quite soon after that, it went to over 11,000m, unreal!

“The technique was working; just the right pattern, speed and angle.  It felt right and I knew I could go further still.  One day at work lunchtime I was giving it another go and, would you believe it, I went more than double my previous best.  To watch the stage diver flying through the air for what must have been a good seven or so minutes was amazing.  He slowly and eventually landed and I’d chalked up and incredible 25,855m, yes!!!!!  That really made my day and nobody has beaten it so far.  I think it’ll stay top for some time; maybe it’ll never be beaten.  I’ve tried topping it but so far no joy.”

Earache: How has your life changed since you became the Earache Extreme Stage Diving Champion?

Charles: “I’ve managed to keep both feet on the ground, but I do think about it most days.  It’s a good feeling to know I’m number one, King of all Kings!”

Earache: What are your thoughts on the banning of stage diving at gigs and festivals?

Charles: “Killjoys!  Most extreme one I’ve seen was Slayer, Warfield, February 2002.  Four guys chased one guy out of the pit and knocked me over.  I was fine, but my friend who ‘played it safe’ in the Circle upstairs ended up with a boot mark on his head from a crowd surfer.”

Earache: Now you are Champion of the Earache Extreme Stage Diving app, what will you conquer next?

Charles: “Mount Everest?  Maybe.  I’ve done the 3 Peaks Challenge, fire walking, sky diving and many other pursuits, mostly for charity.  I’d love to walk the Great Wall of China and do a wing walk, for charity of course.”

Earache: What is your advice to novice stage divers and Earache Extreme Stage Diving enthusiasts?

Charles: “If at first you don’t succeed, don’t give up.  There is a technique; I don’t get it right each time, every time.  But when you do hit the sweet spot, it’s very satisfying!”

Download the free Earache Extreme Stage Diving app now and see if you can beat the top score at http://bit.ly/vzzh28

Along with the free Extreme Stage Diving game, Earache has also released a number of free band apps for the likes of RIVAL SONS, WORMROT and CEREBRAL BORE, allowing fans to get the latest news, videos, tour dates and more from their favourite bands.

Download all of the Earache apps for free now from http://www.earache.com/apps 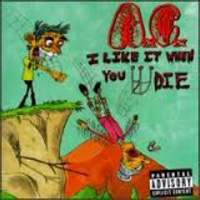 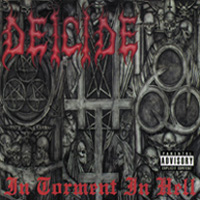 Deicide – In Torment In Hell – Review