“I feel like someone should pinch me every time I say that to wake me up from some surreal dream, but somehow it really has been 20 years,” says LESS THAN JAKE’s trombone player Buddy about their upcoming 20th Anniversary as a band. “We survived rap metal, screamo, popped collars, and the last few Adam Sandler movies. If that’s not a cause to celebrate, I don’t know what is,” adds drummer Vinnie. For a band about to celebrate their second decade, they’re as energetic as ever, with a slew of new tour dates announced for this February and beyond. (tour dates below). “We may not be Blink 182, but they cost a lot more and aren’t as funny,” snarks saxplayer JR. “I’m excited for Winter. I’m excited for tour. I’m excited for our Winter tour!”

This comes on the heels of a wildly successful headlining slot on the 2011 Vans Warped Tour and their latest EP Greetings From… released in June 2011 on the band’s very own Sleep It Off Records to critical acclaim. Alter the Press said of the EP, “Less Than Jake continually bring something new to the table with each release,” while Alternative Press praises the release for “deliver five peppy rock songs…there’s no question that it will successfully start many a circle pit this summer on Warped.”

The reigning godfathers of the ska scene are ready to hit the road once again. Kicking off on February 16th at Brooklyn Bowl in Brooklyn, NY, the band will be joined by PLOW UNITED, SAMIAM and FLATFOOT 56 on their run. “I’ll sit here and tell you that the 20 year old me would never believe that I get on stage and play the songs we wrote way back when. I consider myself lucky and remind myself almost daily I have the perfect job – to write and play music,” says Vinnie.

“We’ve spent the last six months cooped up at home, but now we have new tunes to try out and a whole season’s worth of stored energy to unleash on some unsuspecting fans as we launch into our 20th year as a band,” concludes Buddy. “The whole band is really excited to get back in front of a crowd for this romp around the North East. Now, someone count to 4 so we can start playing a song!”

Ticket presale will begin on TODAY, December 12th and can be purchased from www.lessthanjaketix.com.

Less Than Jake re-release “Losing Streak” and “Hello Rockview”! On tour, too! – News 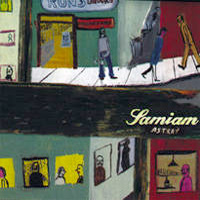