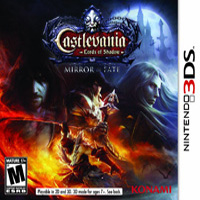 There was a time not too long ago that portable Castlevania games were cranked out with such frequency that the series stood at the edge of getting burned out. Thankfully, the games were each of a high standard, all the way through 2008’s excellent Order of Ecclesia, but even the most ardent fan of the franchise can only experience so many slight variations of the 2D Symphony of the Night template before fatigue starts to set in. Surprisingly, the reinvention of Castlevania in the 3D realm, with 2010’s console reboot Lords of Shadow, has now reinvigorated the portable entries as well. Mirror of Fate is part of the same universe as Lords of Shadow, and translates that game’s burly combat and chunkier visual style into the classic 2D Castlevania handheld style. Replacing the series’ traditional sprite work with 3D characters and backgrounds could have been a recipe for disaster, but it works great. The layered, lively environments look fantastic and really shine with the 3DS’ visual slider pushed all the way up (especially the outdoor areas), and the boss battles live up to the series’ legacy with well-designed encounters that make interesting use of the three dimensional space. Exploration is still key and as rewarding as ever, but the real standout in Mirror of Fate is the satisfying combat, which imports physical, God of War-style brawling into a side-scroller and gives the game a unique feel with combos, parries, and grapples. Add to that an ambitious narrative that brings together an all-star cast of regulars from the series, and you have a memorable portable action game that possesses the kind of big-release swagger that’s usually reserved for big-screen console games.
(www.konami.net) 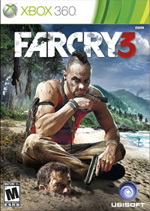 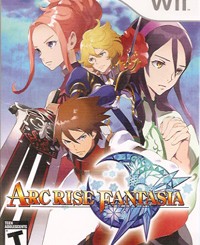