Since emerging in 1996, Alkaline Trio have become one of punk rock’s most progressive and unique bands of the last decade, rousing a dedicated legion of passionate supporters with eight fan-adored albums and relentless world-wide touring. The band’s recent release, My Shame Is True, debuted #24 on the Billboard Top 200. Recorded with Bill Stevenson of punk legends The Descendents and Black Flag and with Jason Livermore at the producers’ Blasting Room Studios in Colorado, My Shame Is True pushes the band into new musical terrain while embracing their classic Trio sound. The album contains 40 minutes of passionate punk-filled rock that showcases guitarist/vocalist Matt Skiba, bassist/vocalist Dan Andriano and drummer Derek Grant at their absolute best.

Established in 1997, New Found Glory has been a force in the punk rock scene since their inception.  From their debut Nothing Gold Can Stay in 1999 all the way to 2011’s Radiosurgery (with eight releases in between, 3 gold albums and 4 consecutive Billboard Top 20 albums), New Found Glory have transcended trends and gimmicks by writing songs from the heart that listeners of all ages can relate to.  Coming off a sold out tour for their near platinum selling Sticks and Stones album, NFG went back to their roots and recorded their first ever live album over 2 nights at Southern California’s Chain Reaction, aptly titled Kill It Live.  This album, scheduled for release through NFG guitarist Chad Gilbert’s Violently Happy Records (in conjunction with Bridge Nine Records) on October 8th, features the band’s seventeen song live set as well as three brand new songs.  All of the live tracks capture the energy and excitement of the live NFG experience and the new tracks give the listener a taste of what’s to come from the band very soon.  Kill It Live also marks New Found Glory’s second collaboration with Violently Happy Records (after the limited edition Ramones RSD EP) and a continuation of their partnership with Bridge Nine. 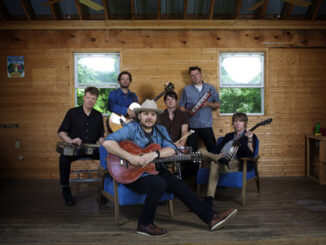 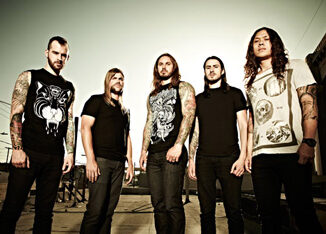 As I Lay Dying premiere new song; on tour this summer – News 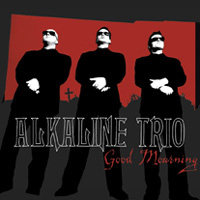