It’s a tough thing for a band that hasn’t put out new material in more than 20 years (aside from two singles) to come back like gangbusters. Too much time has passed, and for better or ill, music and production technology have moved on. Add to this the reality that everyone’s two decades older and the band has been a sparsely-touring unit (mainly Europe and big festivals) with a leader who’s been off doing his own thing with other people, and things can get even dicier.

And add to that the band in question is the Pixies, and you have a recipe for a letdown. How can you measure up to a canon that, many would say, set the template for the alt-rock explosion in the early ’90s? Well, in their newly-released four-song EP-1, the band doesn’t try to. Fans of Frank Black’s solo work may get more out of this offering than Pixies fans of old, and how freaking many times has that distinction been made by the crotchety guy at the bar: “Man, his solo stuff is okay, a good song here or there, but it’s not the Pixies.” And 20 years on, it can’t be, man. And there’s even a new bassist onboard (though it appears she’s not playing on this release, just touring), another Kim, this one a Shattuck from grungy pop-punks the Muffs (who, incidentally, I just found out released a favorite song of mine off a long-lost mixtape of yore. I could never figure out who sang “Lucky Guy”; my money was on Babes in Toyland for some reason. Ah, the joys of YouTube).

The first thing the listener notices after the first spin, or maybe the second, is the lack of the loud-quiet-loud dynamic many credit the band for starting. But a less dynamic Pixies will still have their moments.

“Andro Queen” surfs Black’s penchant for weird, spacey tunes, amid a light repetitive beat — with a nod to ’80s new wave. And Black feels the need to throw in some off-kilter Esperanto chatter as a bridge (yes, it makes sense when translated, but I can’t do all the work for you). Call me crazy, but the opening recalls an alt-rock Johnny Cash born 30 years on, which, in an alternative universe, Frank Black Francis might actually be: They’re both iconoclastic men in black, right?

But he really misses the mark when he Seuses up “Indie Cindy” with his bizarre spoken word poetry. It sounded crappy on 2008’s SVN FNGRS, and it sounds crappy here. Yeah, I can see “Indie Cindy” fitting in on that platter, but mostly for the wrong reasons. To the song’s credit, however, it does feature a pretty Beach Boys-esque chorus and calming melody. It hardly inspires many listens though. That stupid rap almost ruins the song.

The band rebounds with “Another Toe,” which features familiar guitar riffs that are nonetheless hard to place — and definitely not the kind diehard fans will recognize as the Pixies. And this will certainly hack off some of those same fans: The lack of Joey Santiago’s Dick Dale/spaghetti western licks. Save for a solo in “Indie Cindy,” you don’t hear much of the warped guitar that was as much a signature of the band as Black Francis’ howl or Kim Deal’s sweet backing vocals. And while that solo is interesting, it doesn’t approach his past slasher film masterpieces. And pirate fans, take note: Black references Edward Thatch in “Another Toe.” Say one thing for the bard, he likes to educate almost as much as he likes to sing.

Closer “What Goes Boom” rides a malevolent “Immigrant Song”/”Barracuda” riff, and wins the Pixies Weird Metal Award for 2013. Here the band is doing something a little dynamic after all, splicing Black’s gruff “Solid Gold” chorus with ye olde Pixies poppy verses (in fact, he uses two verses: One slightly dark, one somewhat dreamy). It could be worse. What is kind of funny is that some of Frank Black Francis’ later work sounds more Pixieish than this whole lot (and this after braying earlier that Pixies-only douchebags won’t give his solo work a chance; life’s an ironical playground, what can I say?).

An uneven, four-song EP can be dismissed, but a proper album is another matter. So, ask yourself, punk, do you feel lucky? And if so, do you dare put out another full-length and risk embarrassing one of rock’s great legacies? 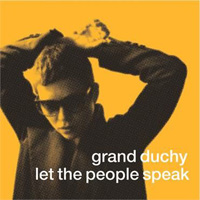 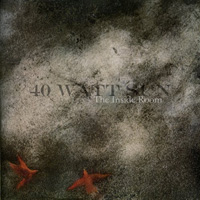