For a band that waited a couple decades to drop a new collection of songs with last September’s EP-1, the Pixies went a whole four months before releasing EP-2 on their site in early January. And I want to say it’s an improvement over EP-1, but it’s not. Let’s see why.

Opener “Blue Eyed Hexe” starts off with “U-MASS”-like propulsion, a beefed-up version of which remains for most of the song, but it also features some staid verse-chorus-verse. Adroit (if arcane) wordplay has never been a problem, and it’s good here, but that, Frank Black screaming like a hair-triggered Schwartz’s mom catching you jerking your jewel and some Joey Santiago alternative hard-rock guitar does not a gestalt make (and if you wanna go with Brian Johnson instead of Schwartz’s mom, go right ahead). Those parts mashed together just don’t excite the way you’d think – even with a little David Lovering cowbell thrown in.

“Magdalena” sits somewhere between EP-1‘s “Andro Queen” and “What Goes Boom”; this ditty about a (space?) girl is a foreboding affair. Space does them good again, or not, on “Greens and Blues,” which, despite flirting with alt-easy listening at times, features some inventive guitar work from Joey, who also has a decent solo in the next song, “Snakes.” Overall, Santiago’s tone these days is thicker, his fingers hitting lower notes more often than yesteryear. With its insistent beat, “Snakes” has a vague Paul Revere & the Raiders “Kicks” resemblance, and however rote, the dumb thing sticks in your head: “Snakes, are coming to your town, in tunnels underground, some travelling over ground…” But disregarding subtext, whatever it is, this still feels pretty stock for a band known for innovation.

Frank did a version of this before, replacing the avant-garde for the tried-and-true, after his run of mostly-great records (including the ones with the Pixies) when he went live to two-track with the eponymous Frank Black and the Catholics album in 1998 (The Cult of Ray, released two years earlier, made steps in this direction as well). Though this time, especially on EP-2, he only apes the more standard song structures of the early Catholics, not the production of that era; the sound on both recent EPs is fully fleshed out by longtime Pixies producer Gil Norton. (To be fair though, these songs are definitely weirder on the whole than his work from that time.) Frank Black and the Catholics was hard to get used to, but it was a grower. Maybe these EPs will do the same, but I doubt it. I just wish the band could recapture some of that original Pixies magic (and it’s telling Norton couldn’t get more out of them). No, they can’t and will never sound the same, but some of this is pedestrian.

You gotta give EP-2 one thing though: No Esperanto/spoken word Black Francis shite this time. So maybe it is an improvement. The Kim Dealess band plans to keep releasing music, but wiser heads may ask if they should quit while they’re ahead.
(www.facebook.com/pixiesofficial) 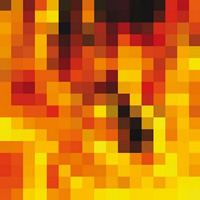