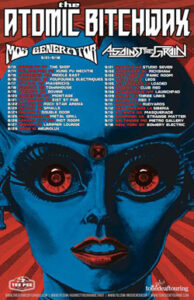 The Atomic Bitchwax return to the road

New Jersey’s legendary, riff-centric power trio THE ATOMIC BITCHWAX (aka TAB) has announced a North Amercian headlining tour in support of its new album, Gravitron. The five week tour will kick off on August 13 in Brooklyn, NY and will traverse the continent, concluding September 18 in NYC.

Gravitron was released on April 21 via Tee Pee Records. Filled with gargantuan riffs and jaw-dropping psych sonics, the record was recorded at Shorefire Studios (Blondie, Bruce Springsteen, Bon Jovi) in Long Branch, NJ and was mastered by Alan Douches (Motörhead, Tombs). The album has met to rave review, being hailed as “designed to be blasted out of a drop top Camaro” by Noisey and a “guitar-shredding, sonic boom” by VH1.

Since its formation in 1993, THE ATOMIC BITCHWAX has inspired hundreds of developing rock and metal bands, but no group of musicians has come close to matching TAB’s unique style of fun, frenetic and formidable R’N’R! Now featuring TWO members of MONSTER MAGNET — bassist/vocalist Chris Kosnik and drummer Bob Pantella —  alongside shred-tastic gunslinger Finn Ryan, the band has perfected its unique style of NYC hard rock that High Times appropriately tabbed, “thunder-boogie”.

On its new LP, Gravitron, THE ATOMIC BITCHWAX’s Rush-like riff mazes and carpal-tunnel-inducing riffs are on full display; every note bleeds with urgency. There’s far too much exuberant energy on the record to lazily tag this as “Stoner Rock”; this is high-octane, ’70s-based hard rock infused with stabs of psychedelia and landslides of Tommy Bolin-inspired guitar heroics! Gravitron is an A-level masterclass in bad ass Rock ‘N’ Roll and cements the THE ATOMIC BITCHWAX as an undeniable force in today’s heavy music landscape.

“Sometimes as a reviewer you choose an album on nothing but gut instinct, but checking out Gravitron by New Jersey’s The Atomic Bitchwax was the biggest no brainer of the year thus far. This album is life affirmingly good and Gravitron is one of those records that rekindles your love affair with rock all over again.” – ECHOES AND DUST 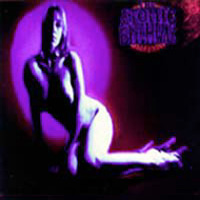 Karma To Burn To Resume Postponed Tour With The Sword! – News 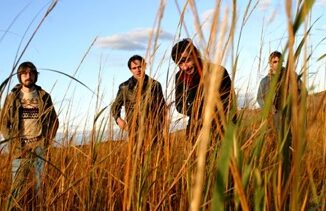