The Direction of Last Things (Century Media)
By Mike Delano

I gotta admit, while I love a good abrupt tempo change here and there, the reason I can’t get into a lot of these super-technical prog bands is because they’re changing direction so often in the course of a song that it hardly feels like a cohesive, actual song anymore. It’s more of an overwhelming metal bouillabaisse that my feeble brain can’t comprehend, much less attach to emotionally. I had Intronaut lumped into that same category of off-putting bands, both after seeing them open for Mastodon years ago and listening to them again in 2013 when Habitual Levitations (Instilling Words with Tones) was getting hyped up. They’ve got me on board with this new album, though. The Direction of Last Things, their fifth full-length, is a collection of seven songs just too fascinating not to take notice. “Digital Gerrymandering” is layer upon layer — crushing doom on top of robo-noodling on top of soothing finger picking — all building to the same epic conclusion. “Fast Worms” has an aggressive, pulsing guitar attack that fits perfectly with both the screamed and melodic vocals on the track. Things can still get a little too chaotic — the many disparate elements of “The Unlikely Event Of A Water Landing” work great on their own (including a gorgeous guitar outro), but never cohere into anything greater over the course of eight minutes. Taken as a whole, though, The Direction of Last Things is bold, accomplished and memorable. My feeble brain is finally starting to comprehend and hey, better late than never.
(centurymedia.com) 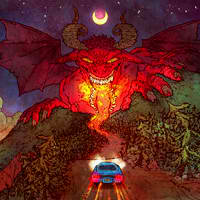 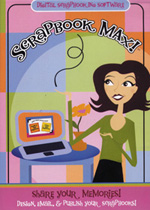