Pennywise to perform first three albums live back to back

Pennywise have announced three shows at Hollywood Palladium in Los Angeles on March 10, 11, and 12. The band will perform their first three albums in their entirety with one album per night, beginning with Pennywise on March 10, Unknown Road on March 11, and closing out with About Time on March 12.

“Playing our first three albums over three nights at the Palladium is going to be ridiculous. Some of the songs on those albums we’ve never played live before so it’s going to be a challenge for us to re-learn them all, but I think we’re up to it. These are the albums that established our band as part of the whole, for lack of a better word, ‘extreme’ sports and music revolution that continues to this day. It was a great time for us making those albums and we’re happy to be able to play them all in their entirety. Plus we have some great bands joining so it’ll be a blast.”

Formed in the South Bay of Los Angeles, a neighborhood with a rich punk rock history, Pennywise began in 1988. The band would go on to amass an international following through relentless touring and a melodic high energy sound merging melodic surf punk, blistering hardcore and the classic punk of their youth. The group has solidified their place in punk history with songs like the raging “Fuck Authority”, “Alien”, and the band’s legendary ode to brotherhood and departed friends “Bro Hymn”. The band have released eleven albums in the span of their 27 years as a band, including: Pennywise (1991), Unknown Road (1993), About Time(1995), Full Circle (1997), Straight Ahead (1999), Land of the Free?(2001), From the Ashes (2003), The Fuse (2005), Reason to Believe(2008), All or Nothing (2012), and most recently Yesterdays (2014). 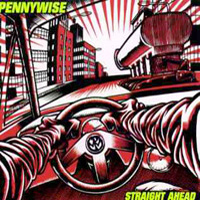 Violent World – A Tribute To the Misfits – Review