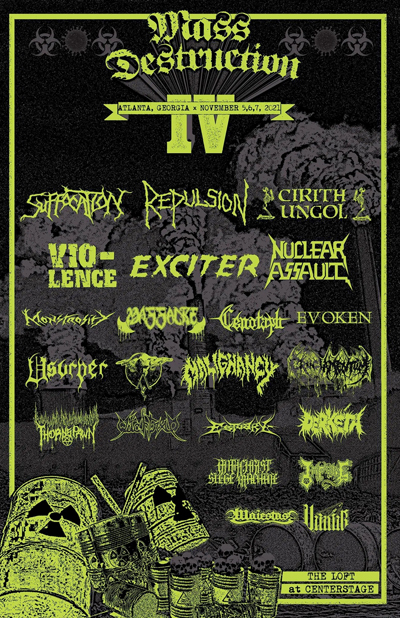 Expanding in 2021 to a three-day, single-stage, all-ages, the festivities take place over November 5th , 6th , and 7th , 2021 at The Loft At Center Stage. The Loft at Center Stage is conveniently located in midtown, Atlanta near lodging and public transportation.

Initially launched by metal fan Cody Martin in 2016 and established in 2017 with the assistance of Atlanta promoter Amos Rifkin (A Rippin Production), Mass Destruction Metal Fest is a festival created by metalheads for metalheads. Previous lineups have included some of underground metal’s most coveted acts including; Sigh, Demoncy, Demolition Hammer, Nile, Terrorizer, Macabre, Sadistic Intent, The Chasm, and Profanatica. 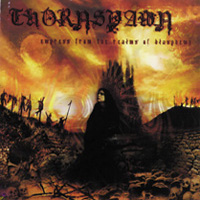 Thornspawn – Empress From the Realms of Blasphemy – Review 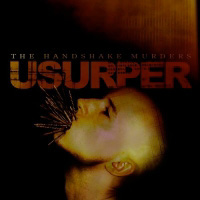 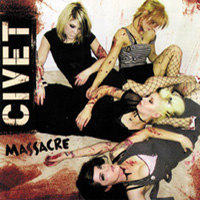