Lacuna Coil get goofy at times, but their female-fronted metal seems like a Renaissance painting compared to the silliness of bands like Leaves’ Eyes. 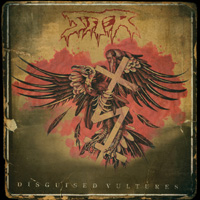 Nergal has defeated leukemia and hosted a Polish version of The Voice, all while creating brutal death metal. It’s kind of hard not to root for the guy.

Greece’s Satan’s Wrath is actually much closer to traditional heavy metal than it is to the storms of the antichrist.

Chicago purveyors of grind titled their first album Punish and Destroy, and even though it’s now seven years later, their modus operandi hasn’t changed a bit. 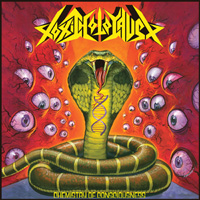 Down and dirty 30 minutes of pure speed-shot thrash metal, Toxic Holocaust’s fifth full length, Chemistry of Consciousness, is definitely their best work yet.

This is straight-up bloody meat thrown to ravenous thrash fans – prototypical thrash that is equal parts Slayer and Megadeth.