Movies Combinations: Three Kings and a Baby, The Long Kiss Goodnight of the Living Dead, Father of the Bride of Frankenstein.

A hundred years ago, people sang and danced and told stories in their homes, in church, and on the corner. Today, music is something played by professionals under the contract of record labels which own the “rights” to it. 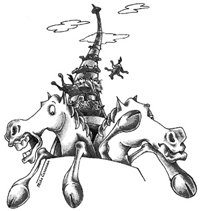 Economists and world leaders are finally waking up to the fact that the horse lodging industry is lagging about 4,000 years behind where it should be.

Movie Combinations: Boogie Nights of the Living Dead. There’s Something about Moll Flanders. Bound to Crash on a Lost Highway.

Remember, it’s all about one upsmanship when you’re dealing with hipsters. When they’re ironic, you’ve got to be “ironic.” 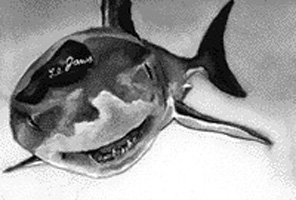 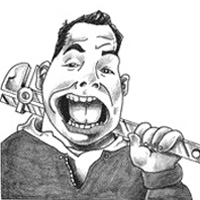 Most actors have no idea how to parlay a true Boston accent to the big or small screen. Here are a few of the more forgettable examples… 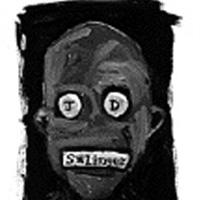 J.D. Salinger recently agreed to break his 40-year silence, consenting to an interview with the acclaimed literature/music/fashion critic, Jean-Paul Bavard. 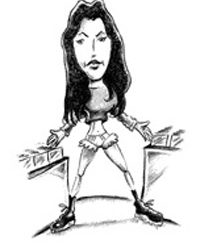 Empire Records lie waiting for me, the “brain”child of one Allan Moyle, a man responsible for foisting some of the most heavy-handed teensploitation tales ever.