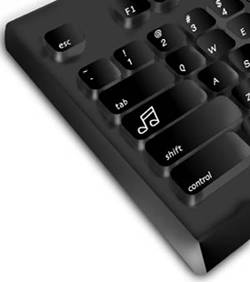 “I’ll tell you the name of the game, boys. We call it riding the gravy train.” –“Have A Cigar,” Pink Floyd

In Shakespeare’s Day, minstrels were one step above prostitutes. In the 1960s, they were royalty, and if life expectancy counts for anything, arguably worse off. But liquor heir Edgar Bronfman Jr., CEO of Universal Music Group, the largest music company in the world, wants to maintain the star system we’ve come to know. He spent 10 billion to be Mr. Music here in this peculiar land where only rarely is a note sounded in a private home without the involvement of some corporate conglomerate. But suddenly, every music download is like a tiny prick hole in Universal’s Titanic hull.

A hundred years ago, people sang and danced and told stories in their homes, in church, and on the corner. Today, music is something played by professionals under the contract of record labels which own the “rights” to it. It’s a system where musicians, with the help of media steroids, allow themselves to be packaged as mass-merchandised fetish items while somehow keeping the self-loathing at bay for a time with lots of drugs and alcohol.

To keep the gravy train rolling (I wonder if Pink Floyd has woken up to the fact that they were the gravy train), Bronfman Jr. launched an aggressive attack on Internet piracy, demanding stiff penalties for those who steal music off the Web and pledging that his music operations will track down violators. But don’t expect Ace Ventura: Corporate Music Narc to be coming to a theater near you.

Because piracy of music could spread to other forms of entertainment, Bronfman warned, such as movies, this could destroy the Internet in the same way the Soviet Union collapsed. “If the Internet should require an unfair and unjust paradigm to perpetuate itself, then it too will crack, crumble and collapse, and it won’t take five decades of Cold War politics for it to happen,” he warned. Yeah, if this information superhighway gizmo is going to inconvenience record executives, it’ll just have to come down.

Funny thing is that this same music mogul said at a different conference only two months earlier that “The Internet has become a catalyst that is spurring dramatic changes and creating vast opportunities for rapid growth in our industry. The music business is at the beginning of a sea of change that is reshaping every aspect of what the industry does and how it does it.” I guess Bronfman finally figured out that his Universal Music Group was on a voyage to the bottom of it if he didn’t do something and fast.

Will “Instant Karma” somehow wreak havoc on the Internet and protect our strange civilization? A culture in which, until recently, it was universally accepted that a musical talent like Michael Jackson should live in a mansion with rooms full of dolls and toys; a home maintained by 70 full-time employees set on 27 acres with its own Indian Village, a two-story fort, an amusement park with a Ferris wheel, a steam engine, two floors of arcade games, a giant outdoor Jacuzzi, and a private, two million dollar movie theater.

The music industry, which never did get around to renegotiating deals with Elvis, Little Richard, and a lot of other performers who made practically nothing on their early work while earning their keepers millions, has no problem getting all indignant about Napster. The biz is going apoplectic over these websites where music is downloaded without the labels getting their cut. But whiny moralizing from professional bad boys like Metallica is only the beginning.

Of course, we mostly only hear about how the artists aren’t getting any money. But the only artists the press talks with are the few who are riding high, they think, in their gilded cages. These artists will tell you that the label is giving them a good deal. But there are thousands of artists large and small who will tell you a far different story. One recent example is Prince, who changed his name to a symbol for seven years just so that his record label couldn’t use his name.

The industry is set to launch a four-pronged attack against copyright infringement online. “We will fight for our rights and those of our artists, whose work, whose creations, whose property are being stolen and exploited. We will take our fight to every territory, in every court in every venue, wherever our fundamental rights are being assaulted and attacked,” Bronfman, Jr., said. If this sounds a little like a speech by Churchill or Kennedy, don’t worry about it. Their pronouncements are in the public domain.

The first prong is lawsuits. This will keep the Napsters of the world small and at bay, and will buy a little time. But there will always be renegade pirates and zealous art geek types who aren’t money motivated and who aren’t worth suing because they’re broke. And the numbers in this malevolent demographic are growing at an alarming rate.

If you think Generation X was mistreated by their parents, wait ’til you hear the tune X’s offspring are about to play on their addled skulls. As in the ’60s, there’s emerging a generation that rightly perceives its own economic and psychological independence from the previous generation. Civil society is in for a bumpy ride. Look for me, I’ll be the guy laughing maniacally from the sidelines.

For those not enslaved by the profit motive will be reserved the second prong: criminal penalties. This will involve contributing heavily to Republicans, who complain about all about the sex and violence in the entertainment industry at election time. Still, they’ll have no problem passing new criminal laws against people who infringe on copyrights in exchange for a hefty campaign contribution. Who knows? You might start seeing senior Republican Senate staffers, and even FBI G-Men getting invited to the right parties.

The next challenge is to attack the demand side by convincing at least some of the unwary public that we live in the best of all possible worlds, paying $15 for a newly-released CD with one or maybe two good songs. So out comes the third prong, “liars” like Madonna who attack the free download sites while garnering free publicity for her new single.

Madonna claims her new song, humbly entitled “Music,” was stolen and put on the Internet and that it was not scheduled for release for several months — a clever gambit for getting a buzz going on behalf of a powerful entertainer in the twilight of her career. “It’s a work in progress,”

Madonna’s manager said, apparently disappointed by the number of people who wanted to steal Madonna’s new song.
The singer’s label, Warner Bros. Records, issued a stern statement saying it regards unauthorized use of recordings on Internet sites “an extremely serious matter.” Oooh! But apparently it does not consider stealing music from its studios a serious matter. (Was a police report filed?) So far “no comment” at all from Time Warner or Madonna’s manager about how a song was “stolen.” Imagine the audacity of stealing from someone who reportedly checks her phone bills and makes her domestics pony up for any personal calls.

The fourth prong is media lap dogs who want access to the stars or who want to curry favor with the big boys, and never get around to asking the tough questions. No one has asked Madonna, who’ll obviously benefit from the alleged theft of her single, to provide convincing evidence that it was actually stolen.

Everyone wants creative people to get what they deserve. The emergence of the Internet will mean that performing artists are going to be renegotiating their relationship with the public. Maybe through record labels. Maybe not. Maybe in the long run it will be a better deal. It’ll certainly be a different one. Perhaps the music will stop taking a back seat to the money. And those with a passion for the music will stop giving up their careers early in disgust, and those with a passion for money will be driven back into liquor and life insurance where they belong.

Anyone interested in seeing what’s really under the hood, the pistons of American civilization laid bare, should carefully watch as the entertainment industry rears up and then down on its doomed mission against online copyright infringement. It’s an incredible and unfolding spectacle that will touch everyone’s lives. 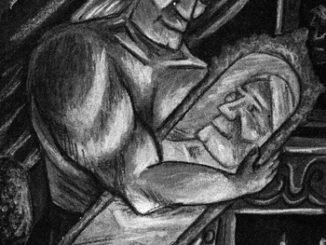 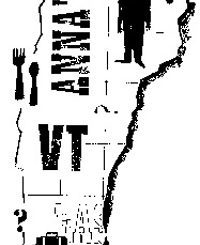