There was this obituary I read one time about a man riding across the desert, and it starred Gregory Peck. He was 87 and died peacefully in his sleep; from “old age,” his wife cradling him in her arms. Peck was an “icon,” it said. And maybe he was. But news broadcaster David Brinkley died that same day from complications after a fall. They said he was an “icon,” too.

Used to be a time where you had to be born of a virgin or sell out every newsstand copy of Life Magazine to be an icon. Nowadays, most everybody you ever heard of and never met is an icon. Barney Fife, Barney Rubble, Barney. Charlie’s Angels, Charlie the Tuna, and Charlie Manson. Jerry Mathers, Eminem, and M & Ms.

As a highly-compensated taker of the national pulse, I decided to let rip a page out of the New York Times playbook, it being an icon of news journalism, and retained the services of an unkempt, boorish, flatulent but capable and unpaid intern. His mission: Look into this proliferation of “icons” in our midst. Thus charged, but not one to get out much, he peered into the electronic archives of the Boston Globe. This intern, who shall remain nameless, owing to the fact that he literally has no name, discovered that “icon” appears but 32 times in the Boston Globes of 1979. The figure jumps to 51 references in 1985, a significant but not necessarily meaningful increase. Then, by 1990, there are 122 references, a four-fold increase in just 11 years!

With the precise execution of an amoeba, it doubled again, by 1995, to 251 references. It was at this point that any writer with even a granule of self-respect was avoiding “icon” like SARS. But, I noticed, those were also the kind of writers that were starving. Gambling nothing at all, I decided to sprinkle it liberally into all kinds of shit I wrote. What am I stupid? I called Loggins and Messina icons, Hall & Oates, even H. and his brother R. Block were icons. Danny Bonaduce was an icon in my book. So too was Kurt Cobain’s nephew’s horse. If the Boston Globe is any guide, in the 20 years from 1979 to 1999 there was a twelve-fold increase in the use of “icon” in our heterogeneous society. I’m proud to say I did nothing to stop it. Yeah, and why don’t we save the Earth by going back to living in trees, too.

According to my unpaid intern, the demise of Brinkley and Peck notwithstanding, icon may have reached its peak. This year, “icon” seems to be bobbing along at about the same level as the year 2000.

“Diva,” too, while still strong, does not look to enjoy the kind of growth it experienced in the past two decades, despite its endless use on VH-1. Still, its journey from relative obscurity is worthy of at least an Entertainment Tonight demi-bio.

In order for “icon” and “diva” to resume their previous go-go upticks in growth, they would have to become icons in their own right, according to my intern. Moreover, we might well be on the verge of “super-icon,” and “super-diva,” he believes, replaced within a few years by “supericon” and “superdiva,” rendering “diva” and “icon” nearly worthless.

For all you writers out there looking for a cutting edge cliché, my intern is bullish on “hoe.” It has amazing crossover potential, he says. 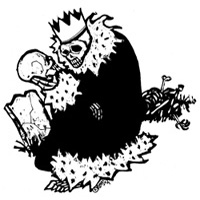 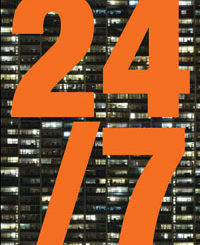 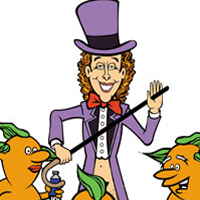