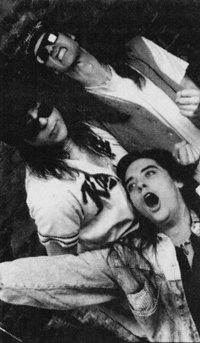 at Infinity
by Chaz Thorndike

3 guys.
1 behind a drum set.
1 holding a bass.
1 holding a guitar.
3 microphone stands placed strategically.
I’m not expecting much.
I go to the bar to get sloshed instead.
They start playing.
I choke on my drink.
These guys are happ’ning.
They’re really together.
They’ve got a lot of energy.
They work the stage.
They can actually sing.
Harmonious, too.
I’m impressed.
“Who are these guys?”
I ask the girl I’ve been eying all night.
“Mostly Holy” She smiles.
‘Nuff said.

To flesh out this article, (seeing as how Chaz was too sloppy drunk to write more and spent entirely more time hitting on some girl who probably gave in to his cheesy come-ons only to shut him up, rather than actually paying attention to the band I asked him to review) Mostly Holy has been amazing crowds throughout New England for two years. They used to be Maniax, back in the ’80s (shiver), but disbanded when Denny Belecki, the guitarist/singer, hooked up with Helix for a 19 country tour. (Remember Helix? They had that cheerleading song “Rock You” back in the Quiet Riot/Twisted Sister days that we’re all trying to live down.) In ’91, Denny, Michael Sollars (drums/vocals), and Johnny April (bass/vocals) reformed as Mostly Holy. They got picked up by Jim Feraci (who produced Ratt, Poison, and L.A. Guns) and signed to Zoo Entertainment/BMG Music. Their major label debut is scheduled for this Fall. They’re still on the scene, but for how much longer? As Chaz hinted at in his 21 sentences, Mostly Holy is a tight, melodious, action-packed rock ‘n’ roll unit. They’re all schooled musicians, (without being wankers) who put on a really fun show. Check ’em out. (Scott Hefflon) 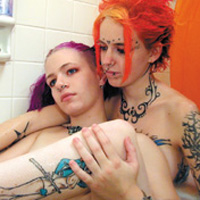 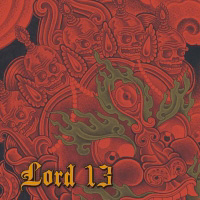 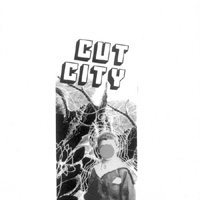