Off the Road in Lowell, Mass

Can anything good come out of Lowell? The Wang Center, an empty vessel, towers over the city like castle ruins, harkening back to the days of yore when tech was high and hopes – now dashed – even higher.

Around the corner and off the road, while Dean Moriarity somehow, somewhere, executes yet another incredible hairpin turn, a local cemetery holds in its cheating heart the mortal remains of Jack Kerouac.

Meanwhile, a mile off, good-natured biddys with alabaster skin, (vestal virgins of high culture), preside over a kind of shrine at the birthplace of painter James McNeil Whistler. No matter that this creative artist prevaricated in fluent Parisian across the European continent, or that he originally entered this world in North Carolina, Connecticut, Russia and just about everywhere else except Lowell, MA, because he was born in this no longer run of the mill city, as was the world’s wealthiest second banana, Ed McMahon. Betty Davis, too. Telly Savalis? Damn straight. You didn’t think he learned how to act low class in some New York method drama school, did you?

It’s pretty sad when people living in Somerville of all places (Somerville?!) can get away with saying things like “You live in Lowell?” as their jaws drop three feet to a horrified angle. By now, some lesser degenerate would be explaining at some Twelve Step program how he knew he had hit bottom when people from Somerville started pulling rank on him, address-wise.

However, gentle reader, there is still a bit more misfeasance, malfeasance and depth to plumb before this recalcitrant faces the world with anything resembling a contrite heart, or a better mail drop. Besides, there are some really nice sections in this city, as we defensive Lowellputians are now in the habit of pointing out. Not that I happen to live in one of them or anything, but they do exist. Other sections reach a mediocrity comparable to that of Medford, Malden, or even Somerville.

The city’s fare of live entertainment is better than might be expected, helped along by UMASS/Lowell, which has a first rate music department and a thriving radio station.

One of the city’s nightlife mainstays is the Last Safe and Deposit Company, a brick basement night club located in downtown Lowell. Their regular Thursday night feature is worth checking out for an out-of-the-ordinary musical experience, even if you’re not privileged enough to actually live in in this venerable city.

Officially, Thursday is open mic night and, unofficially, it’s gathering day for a loose confederation of musical performers united under the banner of Poorhouse Records. They might as easily have been named Mansion Records for, as I’ve said, Lowell has some really nice areas. It’s not a major label, or even a minor one yet, though a recording is in production. It’s more than just a band, though. It’s a troupe of musical performers organized around drummer Scott Pittman and guitarist Kevin Stevenson, who provide their musical skills as musicians, as well as studio facilities, production assistance and a network of performers.

Be prepared to shift gears frequently, Thursday nights as Frank Amorey’s acoustic playing might well be followed by an Eddy Dyer alternative chant. Occasionally there are rappers, too. Kevin Stevenson’s rockabilly guitar leads are a noteworthy and regular staple to almost every open mic night, as is his uncanny ability to back up practically anybody. Other happy surprises include and occasional appearance by the deceptively laid back Mad Caps Laughs. Don’t let the melodies you can hum, the lyrics you can actually understand and remember, or the occasional Rolling Stones cover fool you. This is a trio of dangerous radicals. Let’s hope someone is keeping an eye on them. In additions friends and supporters of the established and aspiring turn out, so the evening is an informal,communal affair, a pagan festival of music and fun, and all this can only be had in Lowell – so there!

Women of the SS – at The Middle East Cafe – Review 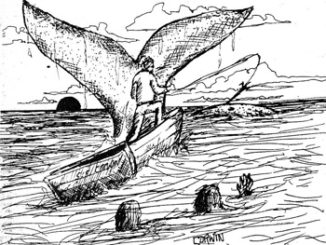