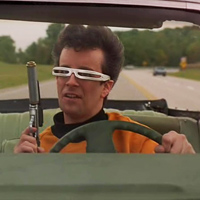 Here’s an update on the post-CBS whereabouts of The Kids in the Hall‘s Kevin McDonald (see Idle Chatter, June ’95) – yes, he’s been spotted, and in a major motion picture, no less! The picture is… uh… National Lampoon’s Senior Trip. Hmm. God, there’s so much evil in the world… Comedy Central has resurrected another quality program from oblivion. The Ben Stiller Show (Saturdays, 10 p.m. and Tuesdays, 9 p.m.), which had a life shorter than a stillborn mayfly on Fox three years ago, is back in reruns. Check it out if you can: Its dead-on pop-culture mockeries are almost enough to make you forget that Stiller had anything to do with that condescending piece of Gen X-crement, Reality Bites… and finally, time’s running out to enter the X-Files contest sponsored by Fox. Six lucky winners get to be possessed by an otherworldly virus which makes your skin bubble up and fall off your body. That is all. Turn the light off when you leave, willya? 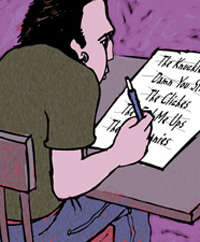 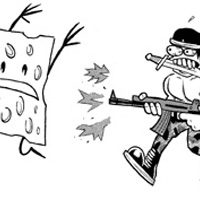