with EBN at Mama Kin
by Lex Marburger

At once I was sorry I hadn’t found my supply of hallucinogenic drugs yet. EBN‘s brand of multimedia assault – combining video, audio, and all around spectacle – is far too much for the un-turned-on mind to assimilate all at once. Attention to detail is a must, from the Tele-Podium, a dual-monitored spinning console with rocket launchers and spotlights mounted upon it, to the projection screens displaying their patented high-speed cut and paste images (which also happen to be the samples for their music). On top of all this was Josh Pearson acting like a freaked out anchorman, oversaturated by his own broadcasts, face pulled into a permanent sneer (the only lead vocalist with a pronounced harelip I know of), and intense music, with heavy bass, pounding drums and media sound bites.

The songs were an amalgamation of satire from religious to political to social, often within seconds of each other. They stressed my lack of chemical alterants (“Psychoactive Drugs”), made strong connections between violence and sex (“Shoot The MAC-10”), and combined an Ivy League barbershop quartet with Buddhist monks chanting (“Zen Chant”). However, even with all the sensory input thrust upon the packed crowd, and even with their enthusiastic applause, there wasn’t much movement on the floor, which made EBN’s hyperactive stage presence seem just a little silly. I guess we were all too awestruck by the assault on our nervous systems.

After an extensive set change, the lights lowered and Banco De Gaia (one man) crouched behind his mixing board and computers and cued the intro for his CD, Last Train to Lhasa (Mammoth). That’s when all hell broke loose. I think I mean a spastic paradise. The lights, man, the lights! The high-intensity colored beams arrowed through the room, with Mama Kin’s permanently smoky atmosphere adding tangible substance to the high frequency wavelengths. I felt I could touch the lights, spinning, spinning, ooh, ahh…

Sound became a tangible force, and everyone started dancing. Beams of light struck my body with a pleasant tingle, singing a duet with the caressing sound of the gentle pulsings from the speakers. I started grabbing for the lights, moving in their paths to feel their pressure. The world seemed to lift, and I knew I was blissed out, in the realm of invulnerability and immortality. 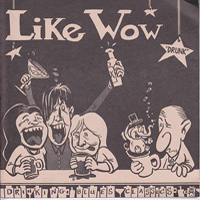 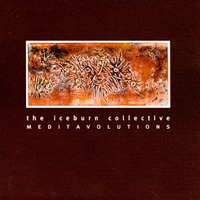