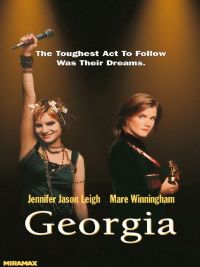 The title of the film refers to Mare Winningham’s character, Georgia Flood, a popular country & western performer. When not on the road, Georgia is married and lives a quiet and peaceful life with her husband and their two children. However, the plot revolves mostly around her younger, strung-out sister Sadie (fervently played by the outstanding Jennifer Jason Leigh, whose mother wrote the screenplay). In a cruel twist of fate, although it’s Sadie who possesses the passion and ambition, it is Georgia who has the real talent and rises to the notoriety that Sadie so desperately desires. Sadie acts out her pain by chain smoking, drinking too much, being promiscuous, and becoming a heroin addict (although we never actually see her shooting up, the track marks and scars, as well as the visible signs of addiction and withdrawal are clearly present).

Jennifer Jason Leigh has a gift for portraying the most desperate and disconsolate characters in her films, and Sadie Flood is definitely one of the more pathetic and sad characters I’ve ever seen. The most particularly moving highlight of Georgia takes place at an AIDS benefit where Georgia and her band are performing. Georgia invites Sadie up on stage to sing a song. At this point in the film, the character of Sadie has really begun to unravel and she acts out her alienation and frustration while giving a powerful rendition of Van Morrison’s “Take Me Back.” While not a very good singer (a fact that Georgia later points out to Sadie as she grips the sides of a rocking chair so hard you’d think she was clinging on for dear life itself), she has so much more zeal, hunger and desire than the talented, but uninspiring Georgia. As she croaks the song, she becomes more and more untangled. It was very painful to watch and I felt so much empathy. I don’t know what was more disturbing, seeing the anguish of Sadie or the fact that the audience in the movie theater laughed instead of cried.

While the basic plot of the film was the relationship between the sisters Georgia and Sadie, the rest of it went nowhere. None of the other supporting characters were really fleshed out and we were not given much background information on the two main characters. The ending of the film was anti-climactic and left me asking “That’s it?” The only saving grace was Jennifer Jason Leigh’s powerful and dramatic portrayal of Sadie. Otherwise, this was the dullest two hours of my life. 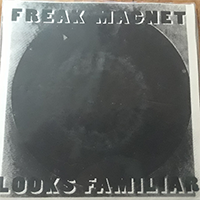 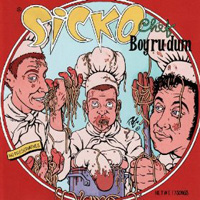 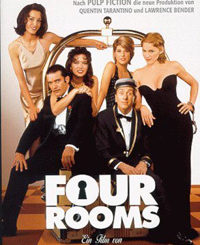