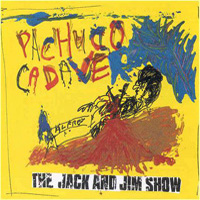 Nowadays it appears that every indie-rock brownshirt and his cleft-palated bro stomps around claiming to be unique, unassailably different, AVANT-FRIGGIN-GARDE. But you and I know that only a blessed few actually make the grade. Captain Beefheart (a.k.a. Don Van Vliet) is/was one of those people. The mutant blues/free-jazz hybrid he crystallized on albs like Trout Mask Replica (1969) and Shiny Beast (Bat Chain Puller) (1978) were honestly freaky and truly unlike anything by any of his contemporaries. Hard to replicate, too. You may recall Fast ‘N’ Bulbous (1988), an early entry in the tribute-record steeplechase, where artists like XTC and That Petrol Emotion tried to redo some classic Cap but wound up sounding like third-graders trying to speak Esperanto in the process. Nah, to do him justice you need to be attuned to your own mangled chord.

Eugene Chadbourne (he of the million-and-one homemade releases and the electrified garden tools) is one such man, and, along with Jimmy Carl Black (drummer for the original [and definitive] Mothers of Invention), he has taken on the Herculean task of adapting some o’ Beef’s best to his own brand of LSD C&W on Pachuco Cadaver. Beefheartian purists may blanch at the liberties Eug ‘n’ Jim have taken here – one of Chad’s specialties over the years has been taking known tunes and wringing ’em out ’til they’re scarcely recognizable. He does much the same here, throwing left-wing rants, Thelonious Monk themes, oddball spoken asides and sax blurts that’d make even the Man Himself nervous, into the sludge-pot. What comes out is thick, scary-smelling, but a pretty sweet taste for those with the right buds. And since Vliet’s been out of musical commission since ’82, it’ll hafta suffice for lack of the original recipe. 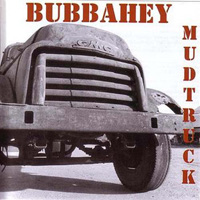 Dandy Warhols – with Blur at the Orpheum – Review 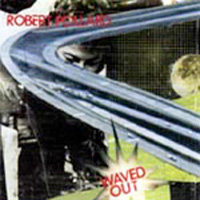