Remember the death-obsessed taxi driver from Pulp Fiction who grilled Bruce Willis about how it feels to kill a man? Actress Angela Jones was drafted for that role when Quentin Tarantino saw her in the half hour independent film Curdled. He met script writers John Maas and Reb Braddock at an Italian independent film festival where he was showcasing his own, yet-to-be-released Reservoir Dogs. Tarantino was so impressed with this pitch black comedy that he promised to produce a full-length version pending his imminent success as a filmmaker.

The new version begins when Gabriella (Angela Jones) witnesses a bloody shooting as a young girl. Her adult life is spent trying to demystify murder, to make herself more comfortable with her childhood memory. In an effort to become more intimate with her obsession, she lands a job that gives new meaning to the term “blood bath” (or was that “blood sponge bath”?). She joins Post Forensic Cleaning Service, a team of ladies hired to clean up after messy killings. That means peeling the masking tape off the body outline, scrubbing blood with disinfectant, and looking around for stray skull fragments and such. As Miami is plagued with serial killings dubbed the Blue Blood Murders, Gabriella requests to be assigned to the clean-up jobs, ostensibly to get the goriest of the gore out of the way early in her career. Revisiting a murder scene secretly in her spare time, Gabriella becomes entranced by her own role-playing, acting out the scene as she imagines it occurred. Many questions are answered, but one consistently plagues her mind: Do decapitated heads speak? In a chance meeting at the scene of the crime, she gets to ask the serial killer himself, Paul Buell (portrayed with psychotic credibility by William Baldwin), if this is true.

Curdled has an original plot and a great ending. Unfortunately, their attempt to lengthen a half hour sequence is terribly obvious, with an uncalled-for amount of filler, chock full of pointless, awkward dialogue. I’d love to see the original. 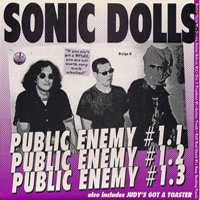 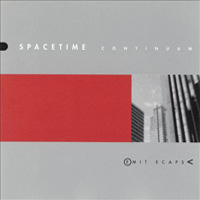 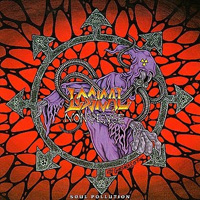