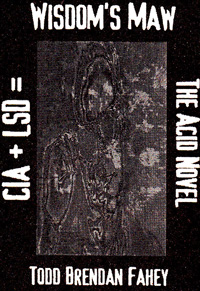 Three years prior to ’67’s Summer of Love, the sociopaths and jaded luminaries involved with the CIA were busy cooking up ways to control the emerging counterculture and harness its energy toward their own aims. Swiss scientist Albert Hoffman’s recipe for LSD provided the means. In Fahey’s book, which is less a novel than a work of historical fiction, popular ’60s icons serve as the conduits for infamous mind control experiments like MK-ULTRA. Allen Ginsberg’s name is changed to Carlo Marx, his landmark book’s title changed from Howl to Growl, presumably because he’s the one most likely to sue. The already has-been beat writer Jack Kerouac is too boozed up to notice that his cronies are turning the world upside down. Young, shy, and daring journalist Hunter S. Thompson, while running with the Hell’s Angels on an assignment, meets up coincidentally with Ginsberg and “superman” Franklin Moore. They introduce Thompson and the Angels to CIA man Al Hubbard, who introduces them to the magic of LSD, predictably magnifying the chaos of their fringe lifestyles. The main liaison between the CIA and counterculture is Aldous Huxley, author of Brave New World and psychedelic elitist. He’s put in charge of looking after Franklin Moore’s development as the “übermensch,” the “perfect” human being, an ideal example of a mind with no locked doors and a body’s potential fully realized.

Wisdom’s Maw leaves no stone unturned, escorting us from acid parties with Cary Grant, JFK, and Marilyn Monroe, to wide-pupilled college students dancing naked in public, and eventually behind the scenes of the assassination of the President. Todd Brendan Fahey had his manuscript rejected by every publishing house he sent it to, not for lack of interest but for fear of libel. Rather than compromise his vision, he chose to create Far Gone Books and publish it independently. My guess is that the story is uncomfortably close to the truth, the characters a little too believable. Fahey’s style is powerfully understated, and lets his characters speak for themselves. The trippiness of his subject matter eases its way onto the pages without resorting to pseudo Kafka-isms. The novel’s twists and turns are jarring, mirroring the unpredictability and the hope and heartbreak of the times. The general public may never know the full scope of the CIA’s drug experiments or their lasting impact on society, but Wisdom’s Maw: CIA + LSD = The Acid Novel gets the rusty gears turning in the right direction. Political conspiracy novels like Robert Anton Wilson and Robert Shea’s The Illuminatus Trilogy haven’t prepared you for something that hits this close to home. 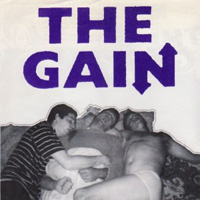 The Gain – The Gain / Scared of Chaka split – Review 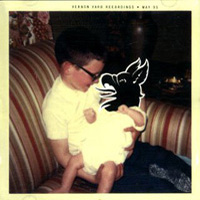 Don’t Get Too Tense – Review 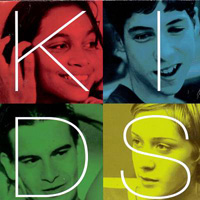