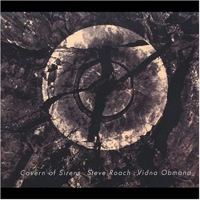 Music for the threshhold between night and day. That brief moment when the sky is unsure about its character, spinning hues of purple and red and pink. Alone, of course, with your back to the sea, staring upward as the stars slowly die out. A feeling not unlike that of listening to Cavern of Sirens. There are two main elements, just as there are two contributors to this album, Steve Roach and Vidna Obmana. One element is an indistinct, unfathomable wash of electronic ambient sounds, gently nudging your imagination away from normality and into the twilight realms. Light bell sounds intrude, linger for a moment, and fade away. Sweeping chords enter majestically and hold court, while inside that chord other sounds insinuate themselves, altering the shape of the sound, subtly dominating it, until everything collapses gently under its own weight, retreating back into silence. The other element, which keeps Cavern of Sirens above (or maybe below) being merely another “ambient” album, is the percussion that underlies the sonic tapestries. Not a drum set, but lots of complex sounds interacting with one another, weaving tight carpets of rhythm. At times the percussion resembles Javanese Gamelan music, at others an African drum festival. Some of it has slightly distinct tunings creating cyclical melodies underneath, and sometimes on top of, the swirling music. The mixture of these two elements gives the album both the lift and sway of ambient, and the grounding, pseudo-mystical qualities of trance drumming. It’s music to take you to that daybreak by the sea, watching the world transform itself… 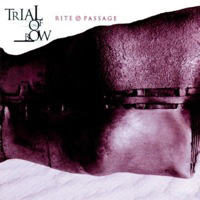 Trial of the Bow – Rite of Passage – Review 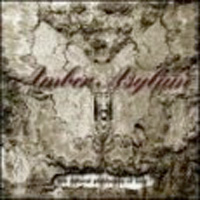 Dead Can Dance – at Harborlights – Review